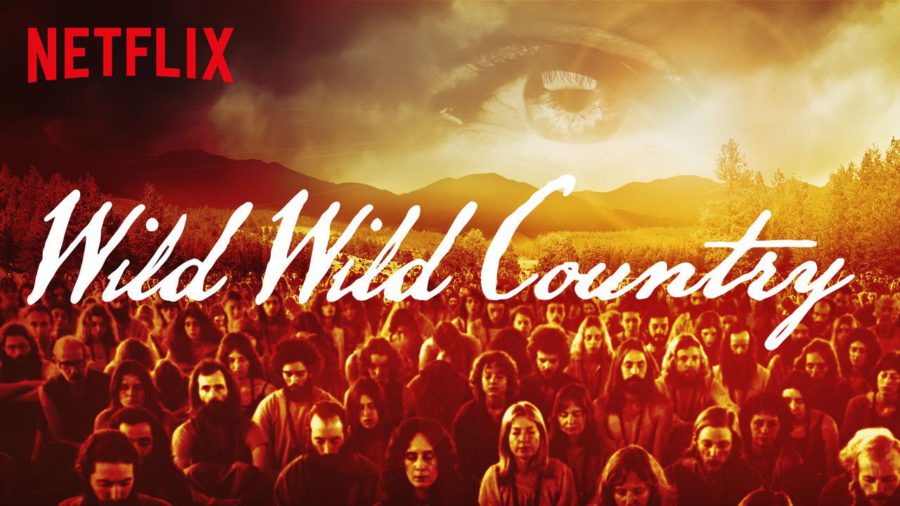 Do you ever want to find some land where you and your friends can start a new community and leave all this mess behind? Who doesn’t?

The Rajneesh movement is one of numerous utopian societies that gave it a try, and the very bingeable six-part Netflix documentary Wild, Wild Country explores their story through news reports, an incredible collection of home videos and photographs, and in-depth interviews with the Rajneeshees, townspeople who lived near their ranch, and law enforcement agents who investigated the movement.

It may be a better viewing experience for people like me who had not heard of the movement—and certainly better than those who had first-hand experience with it. The trailer for Wild, Wild Country is brilliant, starting with the purchase of a 50,000-acre tract in rural Oregon near the town of Antelope and the hopeful Rajneeshees who wanted to start a community based on love, compassion and sharing. By the end of the documentary, it has all gone wrong in the most bizarre ways with plots of intrigue, conspiracies and preparations for armed conflict.

I’ll first admit that I’m a sucker for documentaries, especially ones that unfold over several parts like The Staircase (2004), Making a Murderer (2015) and the Netflix send-up of multi-part true crime documentaries American Vandal (2017).

I also love hidden history. One of the great things about documentaries like Wild, Wild Country is that most of us may have caught a glimpse of these events at the time—a brief, random news story perhaps—but the in-depth examination leaves us wondering, “How did I not know about this?”

At the center of Wild, Wild Country is Bhagwan Rajneesh, known now as Osho, an Indian guru who started a religious movement that combined (I surmised) some aspects of eastern philosophy and religion with meditation but also with some hedonism and free love. If you’re looking for an in-depth examination of what the religion was/is really about, this is not the documentary for you. In the early 1980s, they relocated from an ashram in India to their newly acquired ranch where they attempted to start the city of Rajneeshpuram in Wasco County, Oregon. One of the great things about the documentary is that I found myself variously rooting for the cult members, the townspeople and law enforcement—as well as rooting against all of them at various points. This seems partly intentional, delivering the “twists and turns” that one of the promo blurbs touts. It is also apparently frustrating for the people who wanted the filmmakers to take a clear stance for or against this person or that.

What Wild, Wild Country really explores, in my eyes, are the ways that people draw up great plans and then work really hard to realize those dreams AND at the same work really hard to screw their plans up. It is a study in community building as well as tribalism. Civic engagement and democracy as well as intolerance and corruption. And free love hippies who start preparing for Armageddon. All set to a really effective, hypnotic soundtrack.

Again, if the Rajneesh movement was important in some way in your life, the documentary is probably frustrating because it is really about blowing up this hidden history and taking viewers on a joyride. But if you’ve never heard of Bhagwan or Antelope, Oregon, and you have a wide-open weekend, why not take a trip to Wild, Wild Country.

Thanks for reading! Be sure to download our free Guide to 75 Binge-Worthy TV Shows.

Ready Player One: Do You Need To Be A Gamer To Watch?