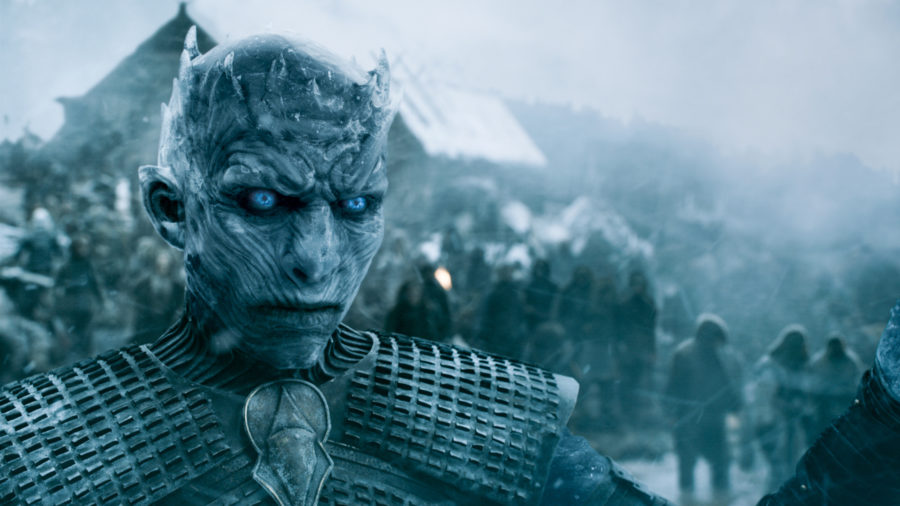 For years, people were tied to their cable TV just so they could watch Game of Thrones. Now, HBO has a stand-alone service through an app called HBO NOW.

When you sign up for HBO NOW, you can watch all that HBO offers, without having to do it through a cable or satellite service. You can get HBO NOW from iTunes, Roku, Amazon and other online stores.

Disclaimer: This blog post contains affiliate links. If you make a purchase through these links, Media Medusa earns a small commission.

What Is HBO NOW?

Don’t get confused. HBO NOW is different from HBO GO.

HBO GO is the app you use if you already subscribe to HBO through a cable or satellite service, like Comcast.

HBO NOW is all by itself.

If you’d rather not pay for HBO NOW, but you’re curious about Girls or Veep or one of the other TV shows and movies on HBO, you can sign up for a free 30 day trial. Then, binge like Hannah eating Cronuts before you cancel it.

To help you get the most out of your 30 day free trial, binge-watch these HBO series first. If you’re one of the ten people on the planet who isn’t watching Game of Thrones, here’s your chance to watch every episode on HBO NOW. Although this last season seemed to be dibbin’ and dabbin’ with nothin’ happenin’, it’s still, by far, one of the best TV shows to watch.

Synopsis: Based on the bestselling fantasy book series by George R.R. Martin, Game of Thrones is an epic story of treachery and nobility set on the continent of Westeros, where summers and winters can last years, and only the lust for power is eternal.

Drinking game: Take a shot every time someone dies. Take a sip every time you see a boob on screen. Whenever anyone on screen drinks, obviously join in and take a sip. Each time there’s a sex scene, drink until it’s over. Or play the full Game of Thrones drinking game from Buzzfeed.

How good is Silicon Valley? So freakin’ good. It’s so good that I was as nervous for Richard in the second season finale as I was for, well, everyone in Game of Thrones.

Watching Gavin Belson, the Hooli CEO, walk into a conference room full of board members was like watching Lord Walder Frey’s guards bar the doors just before the Red Wedding massacre.

Silicon Valley is a comedy, but not always a laugh-out-loud comedy. I have laughed out loud, plenty of times. (“Outed by wifi.”) But like Mike Judge’s other comedies — King of the Hill, Office Space, Extract — Silicon Valley earns those laughs by making the characters surmount tough obstacles, which isn’t funny, but heart-rending and thought-provoking.

Synopsis: Partially inspired by co-creator Mike Judge’s experiences as a Silicon Valley engineer in the 1980s, this comedy series follows the misadventures of introverted computer programmer Richard and his brainy friends as they attempt to strike it rich in a high-tech gold rush. I came late to the Girls party. I avoided watching Girls for a long time because I had no interest in 20-something, entitled, spoiled women trying to find themselves. I got enough of that in my own 20s from some of the women around me; why would I want more?

I was wrong. Girls doesn’t celebrate the women’s entitlement, but examines it. We go on a journey with these young women as they figure out just how entitled they are, and that it’s time to put on their big girl pants and grow up. The journey is bumpy. They fail more often than they succeed, but their failures are huge, painful, and ultimately endearing.

There are differences between their generation’s culture and mine; my friends and I couldn’t “drop a pin” to our location or stalk exes on Facebook. But a lot of the scenes on Girls play out similarly to scenes from my own life (too simiarly, sometimes). Girls has universal themes about love, loss and coming of age.

Synopsis: Created by and starring Lena Dunham, the Emmy-winning HBO series Girls takes a comic look at the assorted humiliations and rare triumphs of a group of women in their 20s. The first season of True Detective was ground-breaking. The dialogue isn’t so much about the crime at hand, as it is an existential conversation about life. The washed out colors add to the dreary feeling of this Emmy award-winning series. Matthew McConaughey’s and Woody Harrelson’s misery are a joy to watch. Each season has a whole new cast and mystery. All of them are available on HBO NOW.

Synopsis: 1995 – Detectives Martin Hart and Rust Cohle, partners in Louisiana’s Criminal Investigation Division, are assigned to a macabre murder by a killer with disturbing occult leanings. As they attempt to uncover the secrets of this bizarre crime, their own lives collide and intertwine in unexpected, sometimes catastrophic ways. 2012 – When a similar case leads to an investigation of the original ’95 murder by two new detectives, Martin and Rust separately tell the story of both the investigation and their lives, including why Cohle left CID in 2002. The Wire has reached the status of cult legend, because this amazing drama flew under the radar when it aired. However, The Wire has earned rave reviews and millions of fans since it ended. In the first Entertainment Weekly article on binge-watching I ever read, The Wire was one of only a handful of series the mag recommended.

Synopsis: The Wire depicts an American urban dystopia, framed in our time, in which easy distinctions between good and evil and crime and punishment are challenged at every turn. In five successive seasons, the series depicts a Baltimore in which institutional prerogatives, economic inequalities and a brutalizing drug war confound the efforts to advance the city and its people.

Flight of the Conchords Jemaine Clement and Bret McKenzie became, well, not household names, but names in households that are hip and cool. Flight of the Conchords is part Spinal Tap, part Seinfeld and part Saturday Night Live. The series also introduced the hilarious Kristen Schaal to the world.

Synopsis: The show follows the desperate lives of New Zealand natives Jemaine Clement and Bret McKenzie as they struggle to jump-start their music career in New York City. Watch as Bret and Jemaine contend with unrequited love, inept criminals, prostitution, and epileptic dogs, breaking into song as they clumsily try to break into the New York scene. True Blood / I Found You / HBO

True Blood had everything: Great characters, humor, sadness, violence, sex and vampires. But after the fourth season, it all went to hell, or rather, a fairy land that made no sense. That’s about when the books started to fall apart, too.

The first four seasons told great stories and kept me interested in the relationship dynamics between the characters. But beginning in the fifth season, too many new characters were introduced, and the stories had little to do with the original exploration of what love is, what can a person settle for in life, how to trust, and how to love yourself.

So binge-watch the first four seasons on HBO NOW, and if you want to know anyone’s fate, shoot me an email and I’ll give you the bullet points; it will be just as entertaining as watching the (painful) end of the series.

Synopsis: Thanks to a Japanese scientist’s invention of synthetic blood, vampires have progressed from legendary monsters to fellow citizens overnight. And while humans have been safely removed from the menu, many remain apprehensive about these creatures “coming out of the coffin.” In the small Louisiana town of Bon Temps, local waitress Sookie Stackhouse (Anna Paquin) is open-minded about the integration of vampires – particularly when it comes to Bill Compton (Stephen Moyer), a handsome 173-year old living up the road. But at the service of Bill’s less virtuous vampire associates, Sookie is drawn into a series of catastrophes that will put their love to the test.

You can also binge-watch The Sopranos and Sex and the City on HBO NOW, but I’m assuming everyone has already watched these two shows because, you know, you all watch TV like a boss.

Thanks for reading! Which HBO TV show is your favorite? Tell me in the comments!