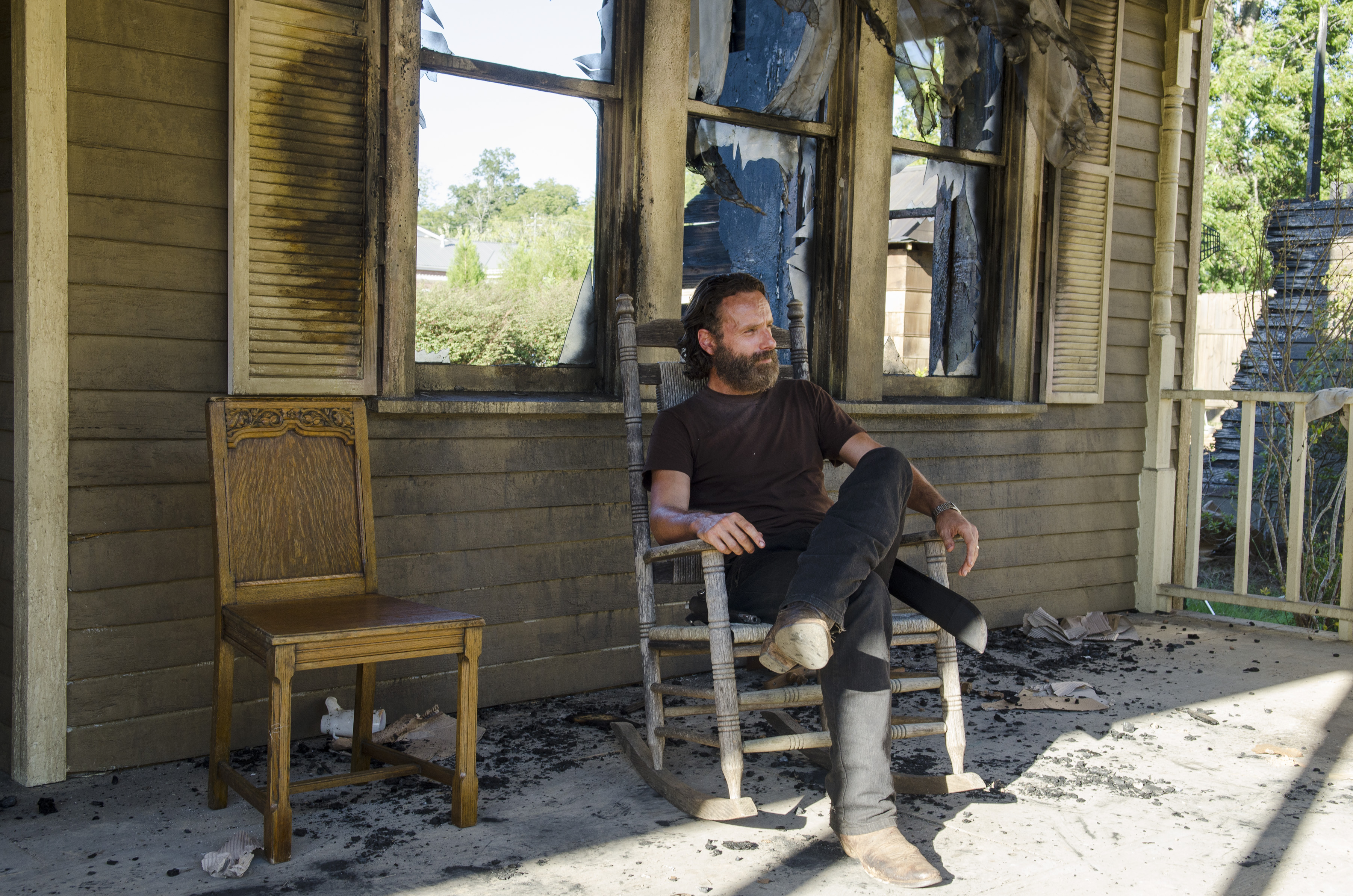 The Most Frustrating Thing About ‘The Walking Dead’

The Walking Dead Season 8 resumes later this month (Feb. 25), but they will have to walk on without me. I’ve already written about my disappointments with the series, including its five worst moments of the show up through the sixth season. Season 1 of Fear the Walking Dead left me pondering what I am even looking for in a TV show. But I also really liked a lot about The Walking Dead and continued to hold out hope that it would finally figure out how to put together good scenes and good episodes and make a good show. But, like a walker trapped under a fallen telephone pole and rotting in the noonday sun, my hope is nothing but a pile of bones and gore at this point.

How have the last few seasons strangled the hope out of me?

At the very top of the list is non-chronological order. Don’t get me wrong. I can really dig into some non-linear story telling. Quentin Tarantino used it so effectively. I remember the tension that Reservoir Dogs created by skipping ahead and then going back and digging through the different storylines. Or the playfulness of Pulp Fiction storytelling, saving that moment of clarity for the last scene. Probably the movie that will forever be associated with out-of-order storytelling is Akira Kurosawa’s 1950 film Rashomon. Each flashback changes our understanding of the story and adds another layer. And even primetime TV has learned how to have a WTF cold open that makes the viewer wonder, “How did we get here?” The Walking Dead starts with cold opens that don’t pay off for several episodes that lead into other cold opens that we will explore in that episode and then will have a flashback within a cold open and a return to…the present? It really feels like the writers fell in love with the idea of non-linear storytelling but never bothered to figure out why it works in other stories.

The storylines have also been very impressionistic in the last couple seasons. Rather than a straightforward “just the facts approach,” the showrunner has opted for stitching together moments in time. The only way that actually works is if the writers have taken the time to plot everything out in detail and then strategically choose the disconnected moments that will still cumulatively tell the viewers everything that they need to know. You could have a “Scenes from a Zombie Apocalypse” style show, but too often it turns into “Scenes from a Confusing Day with No Real Point.”

And that really brings me to storytelling.

By lacking the basic elements of good storytelling, The Walking Dead shows have really helped me realize what I really like in a show. Characterization is one of those things. After more than 100 hours of watching this show, I still do not really know Rick—the lead character—and what he’s about. I know that he loves his son and his girlfriend and sometimes feels a great sense of responsibility for the welfare of his people. I suspect that the actors do a great deal of soul searching to construct backstories for their characters, but this show has done a piss-poor job of building any depth into the characters.

The superficiality of the characters also detracts from another aspect of storytelling that I really appreciate: their shared histories. I sometimes think of a wonderful scene from Friday Night Lights in—I think—season 3, episode 12, “Underdogs,” written by Liz Heldens.

In the scene, Tim Riggins (Taylor Kitsch) and Matt Saracen (Zach Gilford) are walking along the night before their last game as high school seniors. They stumble across a Frisbee and start tossing the Frisbee and talking about nothing in particular. These two guys are not cut from the same cloth and have never been good buddies, but everybody else from the original team from the pilot episode have moved on. Somewhere in the jokes and grins and fun they have throwing that Frisbee, we viewers get to remember how far they have come on this journey. They don’t have to actually say, “Think about all the ups and downs we’ve had and how we’ve changed.” We, the viewers, remember and can revel in that moment.

The Walking Dead has characters who have been through what should be excruciating lows and unbelievable victories, and yet it feels like the characters and the show have no sense of their own history. I think it is partly because they often have the same conversation that they’ve had a dozen times or more. The only suspense is which side of the argument will they take up this time because the writers can’t remember which side they’ve taken before. When moments evoke the past, I usually have a here-we-go-again feeling.

Admittedly, The Walking Dead never tried to be Reservoir Dogs or an Ingmar Bergman film, but they have tried to use storytelling devices from the art house. And now, sometimes, it feels like they’re going for an A-Team vibe. And occasionally they visit the trash people—who are in an entirely different show that is a farcical send-up of Mad Max Beyond Thunderdome. And they have a cast of melodramatic over-actors who are always reaching for some extreme, but then they hand them a script that has goofy winks at the camera. It’s a mess.

Here’s what I would’ve settled for: basic storytelling. No plumbing the depths of human emotions. No existential questions. No allegories about modern society. Just a cop, his son, and a handful of characters trying to survive in the apocalypse and eventually figuring out a way to get off the island, so to speak. Is that too much to ask?

So long, The Walking Dead! We hardly knew you.

Thanks for reading! Get a free Guide to 75 Binge-Worthy TV Shows when you sign up for our newsletter. Shetland TV Series Should be Next in Your British TV Queue

‘Black Panther’ Drops the Snark and Gets Real