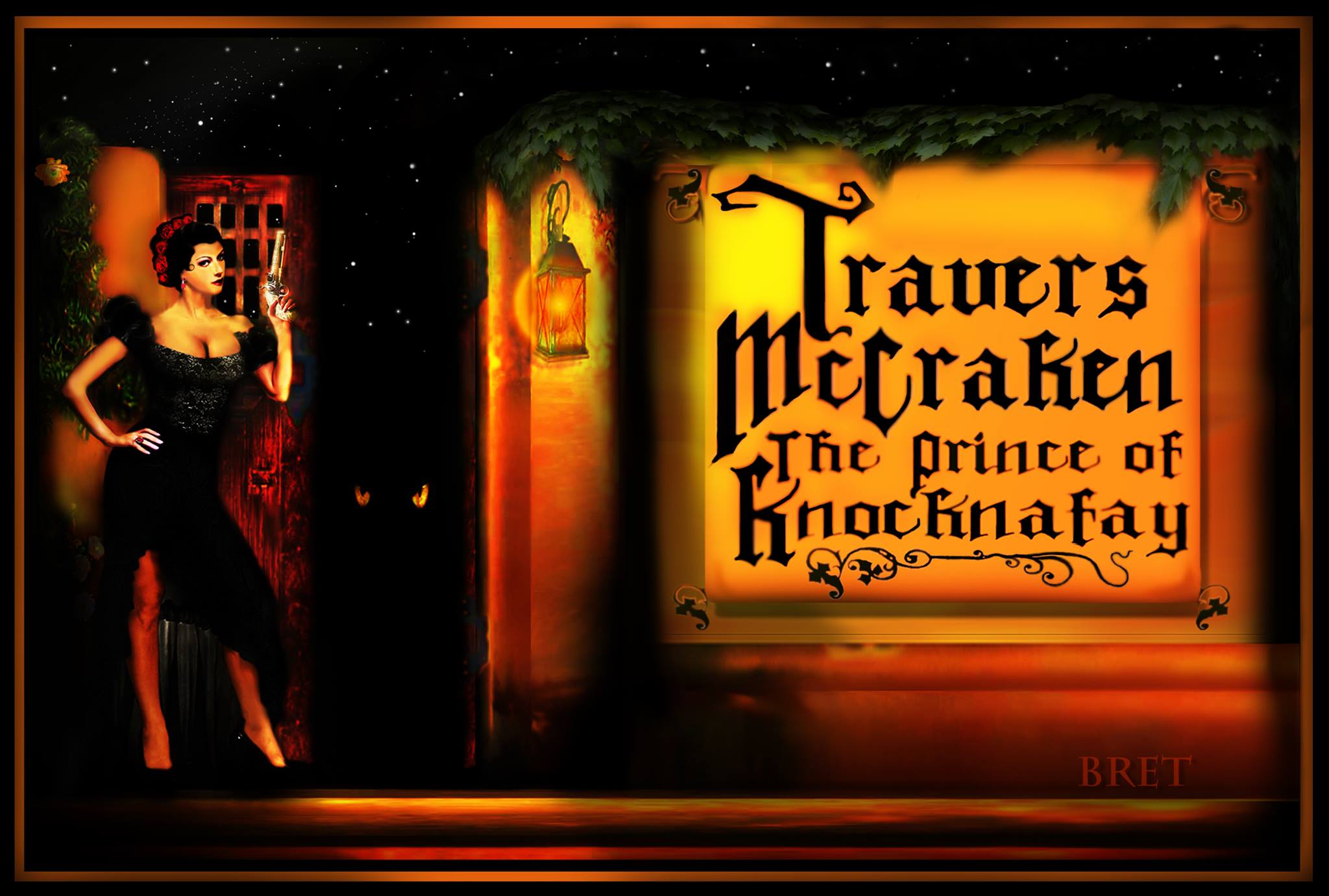 The tagline for this first novel by author Bret Bouriseau is “A Very Grown-Up Bedtime Story” isn’t quite accurate. Oh sure, there are the steamily written intimate scenes, and the occasional bawdy joke, but the “grown-up” part may make some people think it’s something that it’s not.

It would be more precise to say “A Very Grown-Up Bedtime Story for People Who Like Sweeping Tales With Nods to Folklore As Well As Modern Literature, Complete With Larger Than Life Characters Who Engage In Time Travel and Dimension Hopping!” but that is probably too much to put on a book’s cover.

Even if it is true, and when it’s much more engaging when Bouriseau writes it than when I do.

The worlds Bouriseau brings together in Travers McCraken The Prince of Knocknafay—I hesitate to say create, because he picks and chooses from many different base stories to mold his novels landscape—would be difficult to include if an author didn’t have a firm grasp of the wide-ranging absurdity available as well as a vision as to where it’s all going. I have to admit that when I have tried to talk to people about the book, I pull out facets that really struck me. Like the title character’s interdimensional jacket. Or Mr. Meu, the scheming feline wizard. Or the tearoom and apothecary that sits just off the corner of Lovecraft and Moorcock. When I start telling people about the novel, occasionally I get blank stares. Then I realize it’s because it sounds like an olio of components that may or may not belong together. That’s true. But trust me; Mr. Bouriseau weaves them all together into a cohesive story.

Travers McCraken The Prince of Knocknafay is a sweeping saga across time and universes. It has giants and wizards, the Unseelie Court of Irish folk tales, two young dreamers from the Midwest United States, and of course, Travers McCraken, a hero cast from the same mold as Sinbad the Sailor, Cú Chulainn, or Rostam. All women want him; all men want to be him. It’s hard to find a story nowadays in which the main character can do all and be all, and even when he makes mistakes he turns them around to his advantage, but with a tip of the hat to the old sagas, that’s exactly what McCracken is allowed to be.

And what is a “Bed-Time Story” without pictures in the book? This one has fanciful plates at the head of each chapter, in full color, showcasing Bouriseau’s visual art to compliment the written word.  I especially liked the Green Fairy; having had absinthe it conveys the experience pretty well!

Going into it with all that in mind, it’s a fun, rollicking read. I had the pleasure of meeting Mr. Bouriseau at a local convention, and I told him I could see his novel as a Ray Harryhausen movie. Action! Adventure! Beautiful women! Monsters! Evil sorcerers! This one would have been right up the late, great Harryhausen’s alley, and if you’re a fan of entertaining adventures that don’t take themselves too seriously, it would be right for you too.

Travers McCracken the Prince of Knocknafay is available through Bret Bouriseau’s website: http://knocknafay.com/. Follow the Facebook page at http://www.facebook.com/TraversMcCraken. More of McCracken’s adventures will be forthcoming!