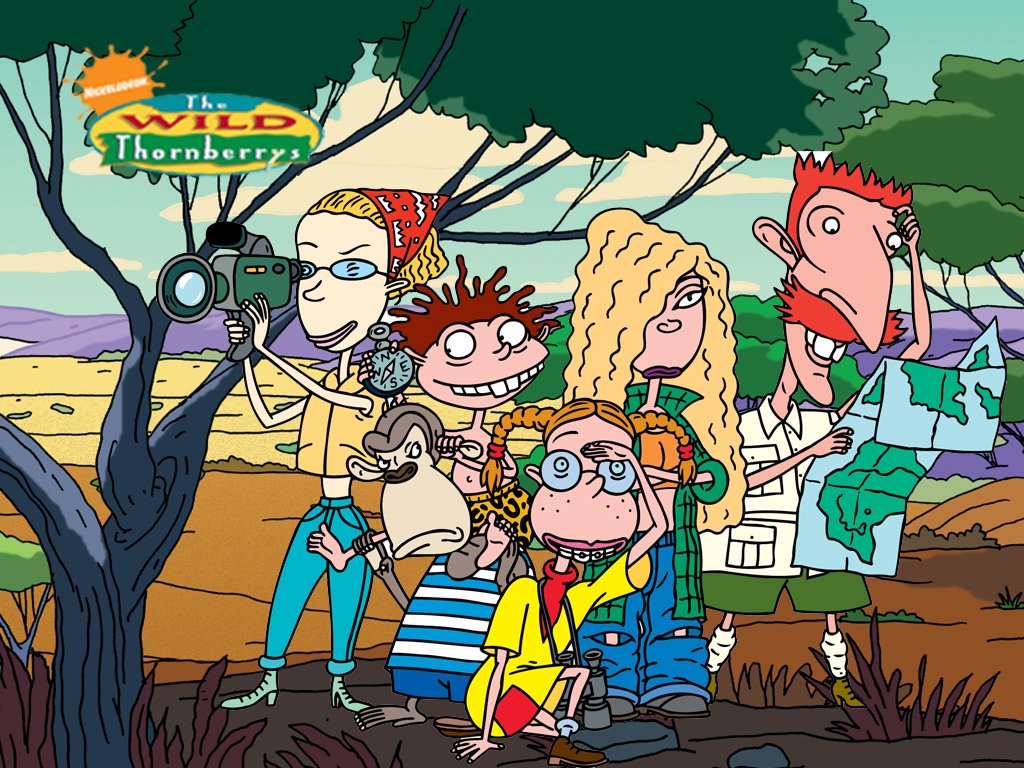 The Wild Thornberrys premiered in September 1998 and aired until 2004 with reruns airing on Nicktoons and CBS from 2002-2007.

The Wild Thornberrys is full of laughs for the whole family. Though the children can be a bit cheeky at times, they are smart and thoughtful. Throw in all the interaction with animals, and the series will delight most children.

The all-star voice cast includes Lacey Chabert (Party Of Five) as Eliza, Tim Curry (The Rocky Horror Picture Show) as Nigel, her father, and Flea (The Red Hot Chili Peppers) as her brother Donnie. Other members of the family are Marianne, Eliza’s mother, Debbie, the oldest daughter who misses the comforts of home, and Darwin, their chimpanzee friend.

The cartoon follows the Thornberry family as they travel the world in their Communications Vehicle (or CommVee) looking for rare animals to film. After an encounter with an African shaman, their youngest child Eliza was given the power to speak to animals.

The Wild Thornberrys continues to be popular, long after it went off the air. Plenty of people who grew up in the ’90s stream it or watch episodes on YouTube. The Wild Thornberrys has aired on several networks, including Nickelodeon, CBS, Nicktoons and Nick, Jr.

Reviews:The Wild Thornberrys See what Amazon customers are saying about .

Thanks for reading! Which Wild Thornberrys character is your favorite? Let me know in the comments!