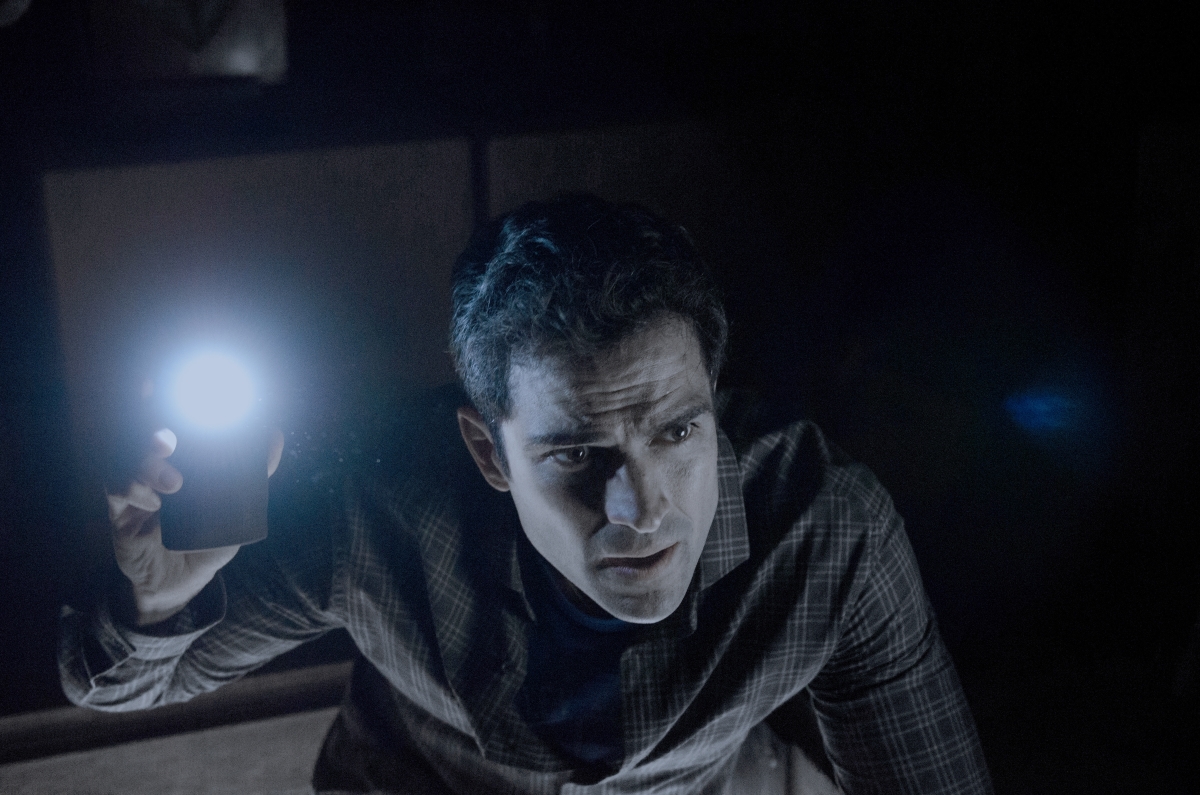 Fox has brought a version of The Exorcist to the air and it’s fun, as much fun as a show can be that kills a cute tween in the first episode.

(This is a two-part post. The first part was posted on October 5, 2016. The updated review is posted below.)

One Episode in: The Exorcist!

After the first episode, the plot isn’t 100% clear. But you can bet the farm that there’s going to be some exorcisms! The excellent Geena Davis is holding together a family after some accident or stroke left the father with one of those movie/TV versions of dementia where he’s still pretty nice, but doesn’t know a lot about what is going on. Hey, and the dad is Alan Ruck from Ferris Bueller’s Day Off who is doing some interesting character roles in his later career. Geena has two teenage daughters and boy are they a a handful, especially since on has been possessed by a demon. Geena Davis goes to see her priest, who thinks that she is going around the bend, but agrees to go to the house anyway. He has been having dreams about an exorcism and works out reasonably quickly what is going on. Alan Ruck and Geena Davis in ‘The Exorcist’

First off, I’d like to point out that Criminal Minds is still on the air. I watched about three episodes years and years ago, and bagged it because I just didn’t like the idea that they would catch a super secret serial killer every week! Too many! I think most serial killers are more like Jeff Dahmer than Hannibal Lecter, meaning that the whole works can be brought down by one sensitive-nosed neighbor. I think Mandy Patinkin left for the same reason I did: too much ick. That’s show has been on 11 seasons! It has survived cast shake-ups, retooling, and some vicious shin kicks to the producers!

So why not a season or two of exorcisms? I think it can work. It’s a rich subject and I know I’m not the only one who likes it when stories cherry pick weird stuff from the Bible to talk about. Can you imagine actually being on the Vatican’s anti-demon payroll? That would be a pretty sweet gig!

I don’t believe that this has anything to do with the movie or book, The Exorcist. But who knows where Max Van Sydow is going to turn up? He was in Strange Brew and was recently on TV in Game of Thrones, although that one seems like a pretty great gig. I was really excited for his one minute in Star Wars: The Force Awakens.

The lead is Alfonso Herrera, playing the dreamy Father Tomas. I gotta admit that I was really caught off guard by how charming Tomas is. Herrera brings a lot of charisma and some interesting world-weary drinking to the character and really kills it. I feel like Herrera is going to be a big star (and may already be in some Spanish-speaking country). Alfonso Herrera and Ben Daniels in ‘The Exorcist’

This is going to sound weird, but I kept thinking of later Clint Eastwood movies whenever Father Tomas talked, in Million Dollar Baby and Gran Torino, there were these young priests who tried their very, earnest best to help cranky old Clint see the light. Father Tomas is from this school, friendly, approachable, and willing to tell people when they are being nuts. You get the sense that they told the older executives, “This ain’t your father’s priest!”

The Exorcist is a good story, but it’s looking like they are thinking long-term and setting up a really complicated story. So you have to watch and pay attention, which can be not what I really want to do on Friday nights. But if you like horror movies, this is some quality stuff with a fine ensemble cast. Geena Davis!

(Some minor spoilers, which you probably didn’t watch any way. Actually, in this case, one of the spoilers would have made me more likely to finish watching if I had known earlier.)

The Exorcist was a difficult show to get excited about watching and it sat on my DVR for a long time. It was gross and upsetting and the most interesting thing about it wasn’t revealed until the fourth episode. And there’s something about the Christmas season that makes me less likely to watch a lot of TV horror. But if you like exorcism stuff, it’s probably not going to get any better than this.

First, the interesting spoiler I mentioned earlier. Sure, the movie tie-in seemed tenuous at first. But then there was the revelation that Geena Davis’s character turned out to be Regan, the little girl who was possessed in the movie The Exorcist. So the whole series started to make a lot more sense and somehow seemed more important when you learned that. Sure, Regan isn’t a character who you know a lot about. In the movie, you learn a lot more about the possessing demon and his colorful use of the English language. On the show, the possessed Casey, the demon, always calls Geena Davis, “the sow,” which is funny to me. And then adding the amazing Sharon Gless as Regan’s mother? Excellent. Cagney is always welcome in my living room. You know what I really like on this show? The effects.

In times of scares, special effects can be a crutch. And yes, The Exorcist uses some special effects, particularly some creepy eye stuff. But on the whole, you momentarily glimpse effects like the great ’70s Catholic horror movies, like The Omen and Rosemary’s Baby, with a soupçon of the splatter-fest spewing of The Exorcist movie. The Exorcist TV show really hits the sweet spot between all those, not trying to go much beyond them. In short, the effects are very stylish, but it’s still network TV.

You know another thing that I can’t get enough of in horror? Ass-kicking priests. There’s a moment where Ben Daniels walks into some kind of horrible storm drain or something that even the rats are getting the hell out of. Inside is a host of the worst deals humanity has to offer, mental illness, diseases of the body, and other depraved horrors only hinted at, and when someone finally confronts him, the first thing he says is, “I don’t want to hurt you.” Badass. And another priest, the dreamy Alfonso I mentioned in my first blush review (above), is having all these temptation problems with a young married woman that he is straight-up in love with. It’s crazy! And yes, there are also ass-kicking nuns! Like a whole nunnery full of them!

I mentioned Rosemary’s Baby before? There is a bunch of the city fathers and mothers right out of that movie. There are people who you should be able to trust who are actually devil worshipers, twisted souls who have killed and desecrated many people to try to get a demon to possess them, literally begging to be taken over. And yes, there’s some nauseating sexual aspect to all this too. But in this case, the perverts have a plan, a big one, that all has to do with an upcoming papal visit that is probably not going to go too well. But the conspiracy is deep and interesting and worth watching if you’re into secret cabal situations.

And I should probably mention that this show had one of the most tasteful incidents of a priest performing oral sex on an underage girl that you are like to ever see on network television. I think I actually coughed up some tea during the most “What the hell?!??!” scene I had seen in a long time.

So if you’re not a horror person, stay far, far away from this show. It’s just horror. But if you like schlocky horror of the Catholic variety, this would make a great binge next Halloween or whenever you’re feeling it. The acting was good, the story was fun (in its sick way), and there was a nice visual sense and style to it.

Thanks for reading! Sign up for our newsletter to get blog posts before they’re posted.

Sexism and Androids in Entertainment