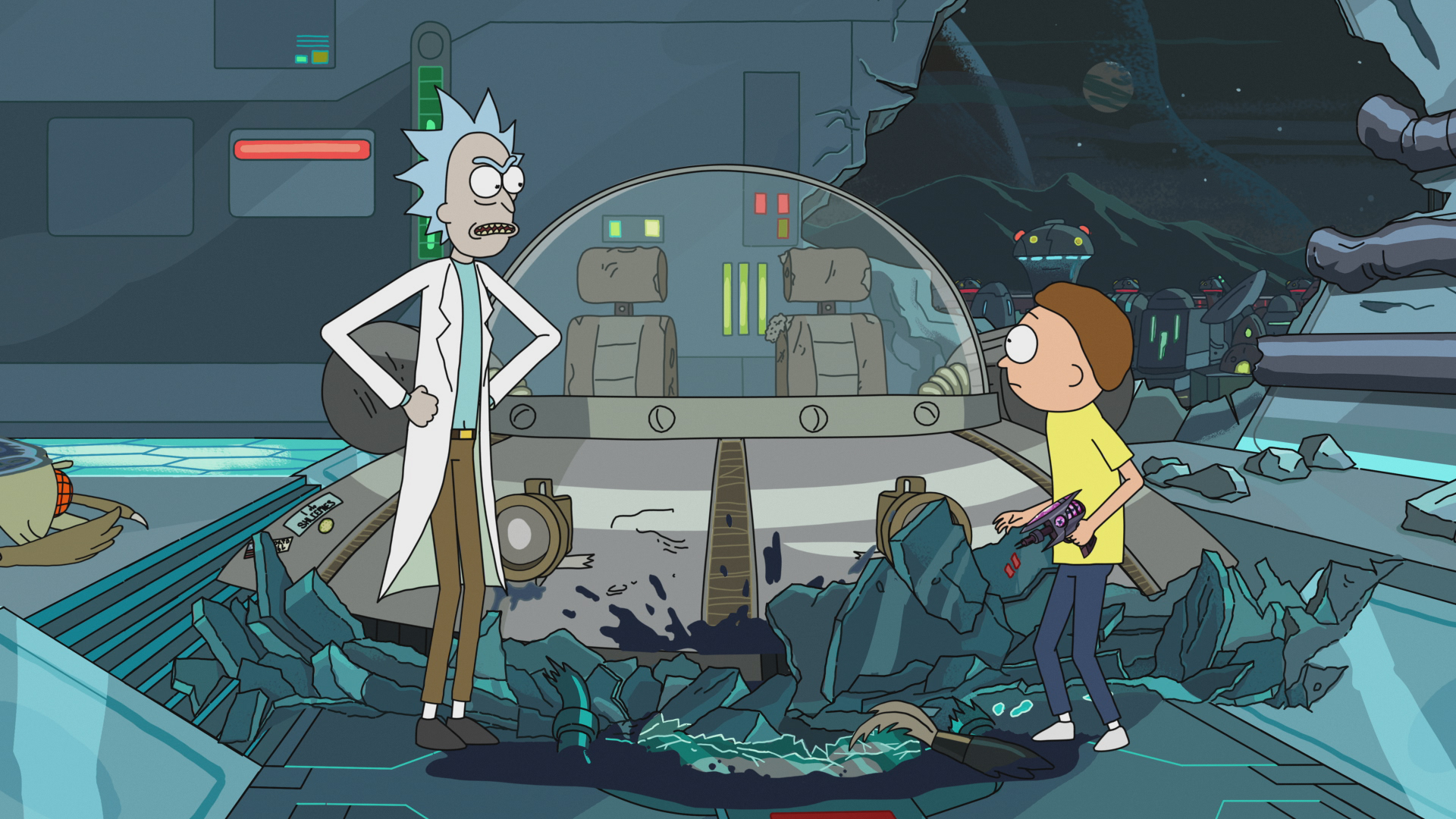 Disclaimer: I received a free copy of the DVD from public relations. My opinion and review is my own.

The premise for Rick and Morty is that Rick Sanchez (Justin Roiland) suddenly arrives at his daughter Beth’s (Sarah Chalke) doorstep looking to move in with her and her family, after he was missing for nearly 20 years. Beth is happy to have her dad move in with her family, but her husband Jerry (Chris Parnell) isn’t, because Rick’s arrival brings chaos into his family’s household. Rick converts the garage into his personal laboratory and gets to work on all sorts of dangerous sci-fi gadgets and contraptions. Then he ropes his grandchildren, Morty (Roiland) and Summer (Spencer Grammer), into traveling through space and time on his crazy adventures. In Ricky and Morty Season 2, Rick is still living with his daughter and her family, and causing more trouble than ever. As he faces new threats, alongside his grandchildren, mysteries of his secret past are revealed. (Some of them should have stayed buried!)

Rick and Morty is hilarious, smart and completely unpredictable. Think Back to the Future meets Family Guy meets Superjail!. Not only are the overall storylines–usually an A and B in each episode–completely absurd, but also the dialogue is so funny I have to pause it while I’m laughing so I don’t miss the next line.

We also learn more about Rick and his past; he and Unity used to have a thing. When they rekindle their passion, and reboot their stoner lifestyle, Unity’s planet devolves into chaos and violence. Talk about “a very special episode” kind of message.

On top of those storylines, Beth and Jerry are back at home, wrestling (figuratively and literally) with what it means that Rick has been holding an alien prisoner in a secret underground lab. They argue back and forth, making everyone wonder if the problem is the alien, or their marriage.

Rick and Morty Season 2 isn’t all messages and themes, though. I enjoyed the guest star appearances from  Stephen Colbert (The Late Show with Stephen Colbert), Keith David (Community), Tom Kenny (Adventure Time). And Rick is such a mess that anything he does is entertaining. He is the id we wish we could let out once in a while.

The look of the cartoon is bleached-out colors and rounded, simple outlines. Sometimes the characters’ noses and mouths are just Ws, like Skip’s on Regular Show. When Rick and Morty visit other worlds or dimensions, the cartoon employs different color schemes and shading to good effect.

Justin Roiland and Dan Harmon are the creators and executive producers of Rick and Morty. Justin Roiland is a veteran voice-over actor. He voices both Rick and Morty. You have also heard him as the Earl of Lemongrab on Adventure Time; Chris on Out There; and Oscar on Fish Hooks. Roiland also writes for Fish Hooks. Dan Harmon has been writing for TV for years, working on Community and The Sarah Silverman Program. Harmon plays Mr. Marklevitz on Rick and Morty. He has also voiced characters on Mary Shelley’s Frankenhole and Axe Cop.

The cast of Rick and Morty couldn’t be more talented. Chris Parnell (SNL, Archer), who plays Jerry, uses an arrogant, but panicky tone. Sarah Chalke voices Beth with the same wonderful deadpan humor she used on Scrubs. Spencer Grammer plays Summer, Morty’s sister, with the same earnest, but funny, quality Mila Kunis shows in Family Guy. And, of course, Justin Roiland’s banter with himself is the mainstay of Rick and Morty.

Rick and Morty Season 2 is even sharper than Season 1. I imagine Rick and Morty will thrive on Adult Swim for many seasons to come.

Reviews: See what Amazon customers are saying about Rick and Morty Season 2. Rick and Morty Season 2 “Get Schwifty”