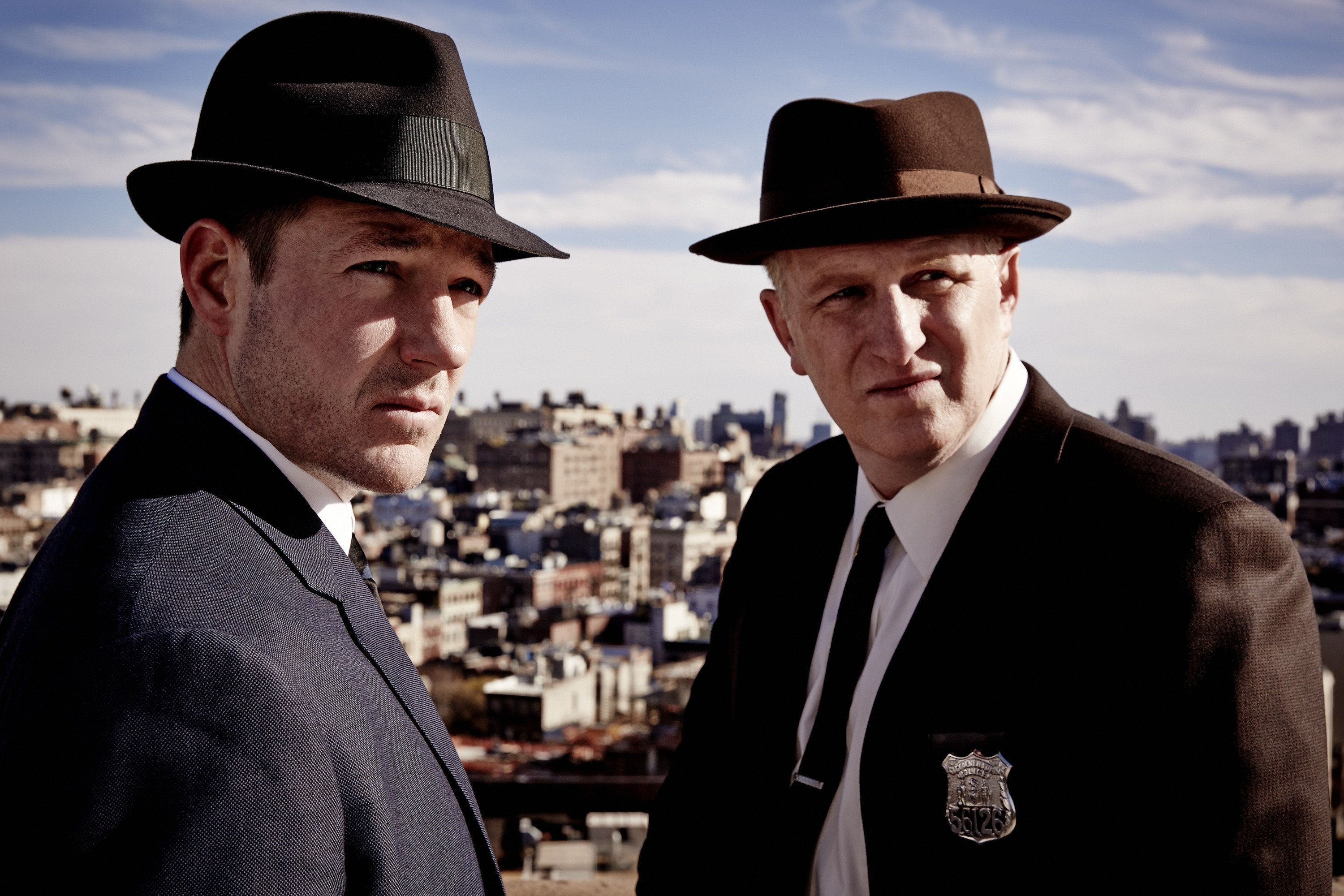 I’m going to start this review of Public Morals by praising Brian Dennehy and his Irish accent. I had actually thought that Dennehy, an actor who appeared in some very fine movies over the years, had stopped making movies (or what have you) after The Big Year. Mr. Dennehy brings a lot of presence to Public Morals and, for my money, makes it a better show than it would have been otherwise. Bravo to Edward Burns for bringing in one of my favorite actors for Public Morals.

Public Morals is set around the idea of New York in the early ’60s and the fine line between police corruption and keeping order on the streets. The public morals squad tracks gambling, prostitution, and the nascent drug scene and instead of trying to perform the Sisyphean feat of stopping the unstoppable, the police manage the perpetrators, all the while getting their beaks wet, to quote the Godfather. By our modern standards, these cops are criminals, but watching a couple of episodes shows that their hearts were in the right places and this was just how it was done at the time. So, in an interesting twist, the criminals actually work reasonably close to the police and actually have to inform them of many of their activities or risk alienating the protection of the police.

Edward Burns, who also writes and directs, stars as Terry Muldoon, whose extended family is all over the police and the criminal element. Burns is very engaging as a street-smart dad who is trying to steer his children in the right direction, all while he is taking bribes and letting some very bad men slide. His partner is the always engaging Michael Rapaport, as Charlie Bullman, one of, like, five people on the show who aren’t Irish.

Ed Burns is obviously very, very talented as a triple threat, actor, writer, and director. And it’s a range I love. He disappears into parts with no connection to his life or background and could play anyone from Vlad the Impaler to Christopher Columbus. Kidding! He has zero range. The guy is more Irish than boiled potatoes and he underlines it constantly in all his endeavors. To me, it’s almost weird how Irish this show is. Burns is talented, though! Muldoon and Latucci take their wives on a double date using the perks of the job to have a night on the town. Shea is partnered for the night with O’Bannon, who has some fun at Shea’s expense when arresting a couple of hookers.

But the most jarring part of the show is that it takes place in the ’60s, but feels like the ’40s and ’50s sometimes. For instance, in the pilot, they feature “Back Door Man” by the Doors, which is from 1967. I wasn’t around, but this feels more like the early ’60s, if anything. Men are still wearing hats. One character says, “The times they are a’changing,” which is a Bob Dylan song in 1964, which seems a little more like it, but I still say we feel earlier than that. They also play “Dirty Water,” which Wikipedia tells me is from 1966. So maybe it’s an old guy thing, but I find all that weird.

For the most part, each episode tells an interesting period story, all while peopled with interesting characters from both sides of the law. I find myself looking forward to the next episode and wondering why Burns doesn’t have a wider appeal. This isn’t the best show ever, but it’s certainly quality and worth visiting. I also like the ’60s, cop shows, with guys who seem like jerks, but are actually kind of nice.

Not for nothing, but fans of Lawrence Block might be interested in this show, much of the lingo and style seems lifted from the Matt Scudder books, the only other place I’ve heard the expression, “Buy him a hat,” for a $100 bribe.