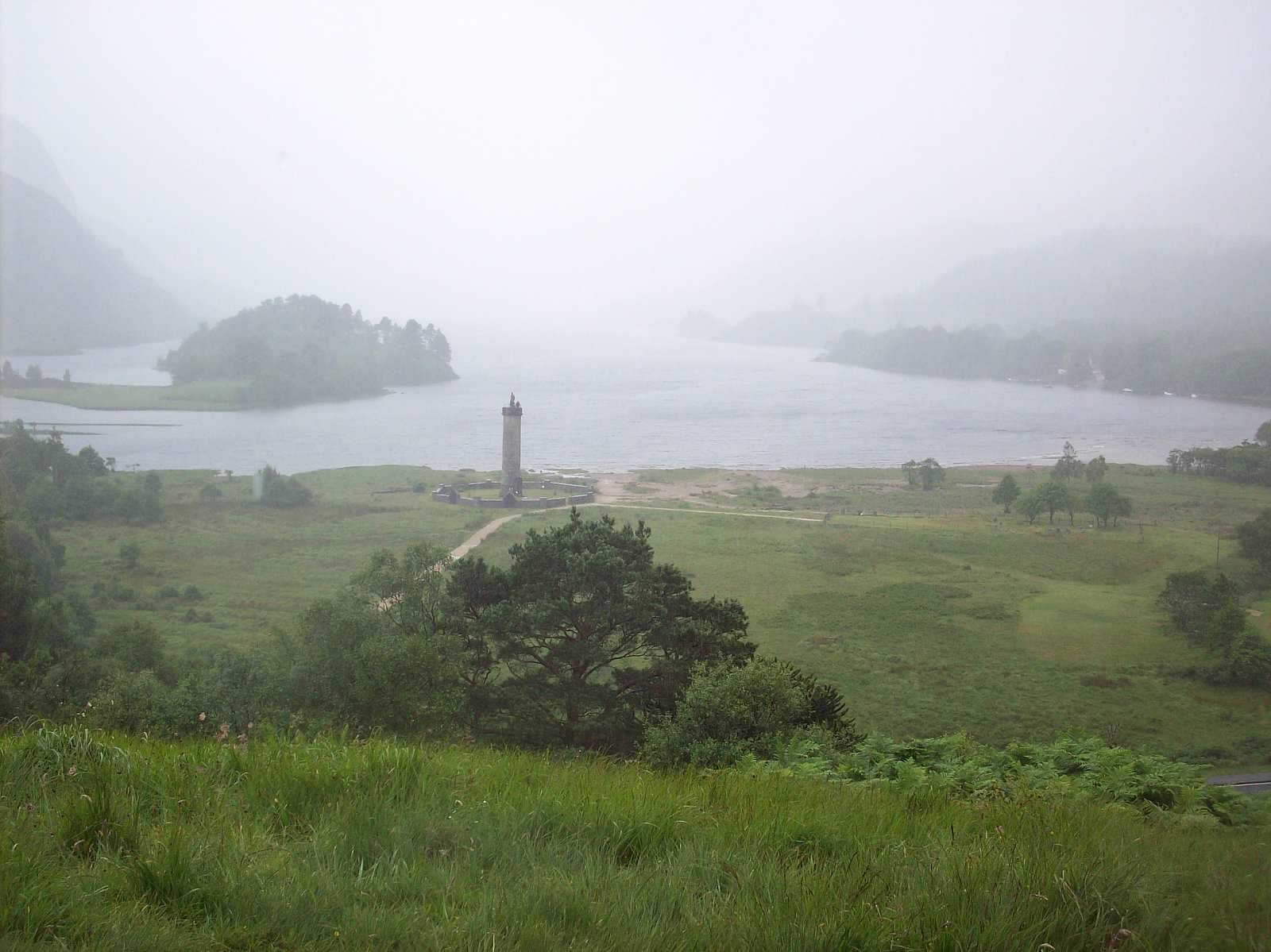 Take an ‘Outlander’ Tour of Scotland with Celtic Journeys

In 2008, I was lucky enough to travel through England and Scotland, visiting locations that are important to the books and movies about Harry Potter. My trip was truly magical, thanks to my thoughtful husband, who booked my vacation with Magical Tours, owned by Larry Ivy. That tour sparked my love of the United Kingdom, and especially of vacations there that are tied to my favorite works of fiction. So I was delighted when I saw an ad in Scotland magazine for an Outlander tour by Celtic Journeys.

It may surprise you to know that the Outlander tour by Celtic Journeys has been around longer than the TV show. The proprietor, Judy Lowstuter, started the tour based on Diana Gabaldon’s amazing Outlander series, on which the Starz TV series is based. She recently took some time to answer some of my questions about her delightful guided Outlander tour.

Media Medusa: What inspired you to open Celtic Journeys? Were you already giving tours to friends and acquaintances, or was it a completely new experience?

Celtic Journeys: After 35 years in the graphic arts business, it seemed a good time for a second career and travel seemed to be an interesting option. In 1993, I began working in the retail travel business as an agent. I’d always wanted to travel to Scotland, sort of an unexplained affinity (which I refer to as Ancestral Memory), and had the opportunity to do so in 2002. The travel agency business wasn’t doing it for me and I wanted to do something more personally connected to making travel dreams come true. At the time, Scotland was a relatively undersold destination but one that the traveling public had interest in. There simply weren’t many agents who knew much about Scotland.

My first trip was like walking into a fantasy; the old-world charm, fascinating history, gorgeous scenery, and the people all conspired to steal my heart. It was at that point I knew that I wanted to bring others to Scotland so that they could see it on a very personal level and to connect as I had.

MM: Why did you create tours specific to the Outlander books?

Celtic Journeys: Two weeks before my first trip to Scotland, my best friend from first grade recommended Outlander as a historical reference. Mind you, I didn’t
go to Scotland thinking about Jamie and Claire but, after seeing Culloden Battlefield and some of the other locations found in the book, I wondered if there was any tour that was based on the story, that would visit places that connect with the story. The book brought Culloden to life because when I stood on the battlefield and thought of those who had died there, the fact that I “knew” some of them made it very real, very moving. Even though they were characters in a book, their lives were mirror images of the real people who were victims of the slaughter.

So, I came home and scoured the internet for an Outlander-based tour and found that there was none. Having already decided to open Celtic Journeys, I decided to offer a tour that would give Diana Gabaldon’s fans the same experience of standing in the pages of the book that I had had. It took two years of research, both in Scotland and in reference material, but in October 2004 the first Outlander Tour(R) took place, with ten of Diana’s dedicated fans. (By the way, three of those ten have been back!)

MM: How did you evaluate which locations would be best for the tour? Celtic Journeys: Research, research, research. I thought about the locations in the book that I wanted to see. Some were real, like Culloden Battlefield and Culloden House, but there were some that didn’t exist. For these I drove around Scotland for weeks and found places that would give both a visual and emotional picture. St Kilda’s Kirk is fictional, but I found a little 15th-century Highland kirk with graves of some who had fought at Culloden (and had been fortunate enough to escape back to their homes). Lallybroch was another for which I substitute, the little cottage where Claire was taken by the Highlanders, and the little farmhouse where Jamie and Claire said goodbye before she went back through the stones.

MM: Do you talk much about Scotland’s rich history, or keep the focus on the books, or a little of both?

Celtic Journeys: There is a huge emphasis on the history, since that’s the focal point of most people who go to Scotland. The book is sort of woven into the tour (sounds funny, but it’s the truth) because you can’t go to Scotland and live on “Book” for a week. The elements of the story that are on the tour all relate to history because the book is historical fiction. There are other elements that bring the story to life, like the period costume night at Culloden House (18th-century of course), cruise on Loch Ness to search for the Waterhorse, a book discussion, and readings from Outlander that are done by our brilliant Blue Badge Guide as we approach certain locations.

MM: At what point did you talk to or collaborate with Diana Gabaldon? What was that like?

Celtic Journeys: Diana has always been very clear about the fact that she doesn’t sponsor or have any affiliation with any tour company, but she’s always been so kind and generous with her time. She’s met with my groups at Culloden House and had dinner with us, signed books, interacted with everyone. I first met her at the National Book Festival in Washington in 2002 after returning from that first trip, and approached her about doing tours based on her book, but she didn’t reply and I found later that she wouldn’t say “no” but that saying “yes” could imply affiliation. She also has listed Celtic Journeys on her website’s resources page 🙂

MM: What has been the most unusual occurrence on one of the Outlander tours?

Celtic Journeys: I guess the most unusual occurrence was during my first visit to Scotland. When we visited the hallowed ground at Culloden Battlefield, I actually heard gun shots and cries of anguish. I’d wandered away from the small group and guide to say a prayer for the men who died there, fighting for such a lost cause. It was at one of the clan gravestones (wish I could remember which one, but the experience left me a little shaken) and I had closed my eyes for a moment of reflection. It only lasted a second or two but it was as clear as a bell.

There was another experience, although not my own, when a mother and daughter heard horses and swords in the middle of the night. Our hotel, Culloden House, was where Bonnie Prince Charlie had stayed the night before the battle on April 16, 1746, and where the Duke of Cumberland stayed that night after his victory.

I’ve seen coattails disappear around castle walls, have photographs riddled with orbs, and have heard whispers in various places — both indoors and out. Scotland is certainly a mystical country. I’m not very affected by the power of suggestion. Several of my guests over the years have told me tales of their own experiences, but some of these I can claim for my own.

MM: Tell me about the food! Do you have a favorite restaurant or meal?

Celtic Journeys: Scottish food is great. My favorite dinner is the period costume night at Culloden House because the food is elegant, gourmet, and is prepared by an award-winning chef. Having said that, I’ve never had a bad meal in Scotland.

MM: Do you have a favorite scene or moment from the books? (I know it’s hard to choose only one!)

Celtic Journeys: So many… I loved the mystery surrounding Claire’s search for information about Jamie at Culloden House with Roger, when she was trying
to find out if he died during the battle. [There’s a quote from The Prince in the Heather by Scottish author Eric Linklater, about the “18 Jacobite officers who were shot by the Government troops and one escaped… a Fraser of the Master of Lovat’s regiment…” Diana used this in Dragonfly [in Amber] and gave him credit in the Outlandish Companion.] I think that’s my favorite. And I look forward to seeing how it’s done on film.

MM: If you could have anything you wanted on the tour, what would your ;wishlist be?

Celtic Journeys: I think I already have it all! I’d love for Diana and Doug to come on a tour sometime, especially the ones that go to the islands.

MM: Finally, with the TV show being such a hit, I’m sure fans will be clamoring for film locations. Why do you like to keep the focus on the books instead of the TV show?

Celtic Journeys: Because it’s what I do. Going to a real battlefield or Loch Ness, both of which hold their own in all media, is much different than going to Doune Castle (which we do) with its own history, and seeing it only as Castle Leoch. When people say that they want to go on a tour to see the film locations I always wonder why those are more important than the settings in the book. Not saying that it’s bad, just curious.

Also, many of the film locations are set in the Central Belt of Scotland and I prefer to keep the tour focused on the Highlands where it all happened.

Is ‘Once Upon a Time’ Still a Fairy Tale? Or a Nightmare?