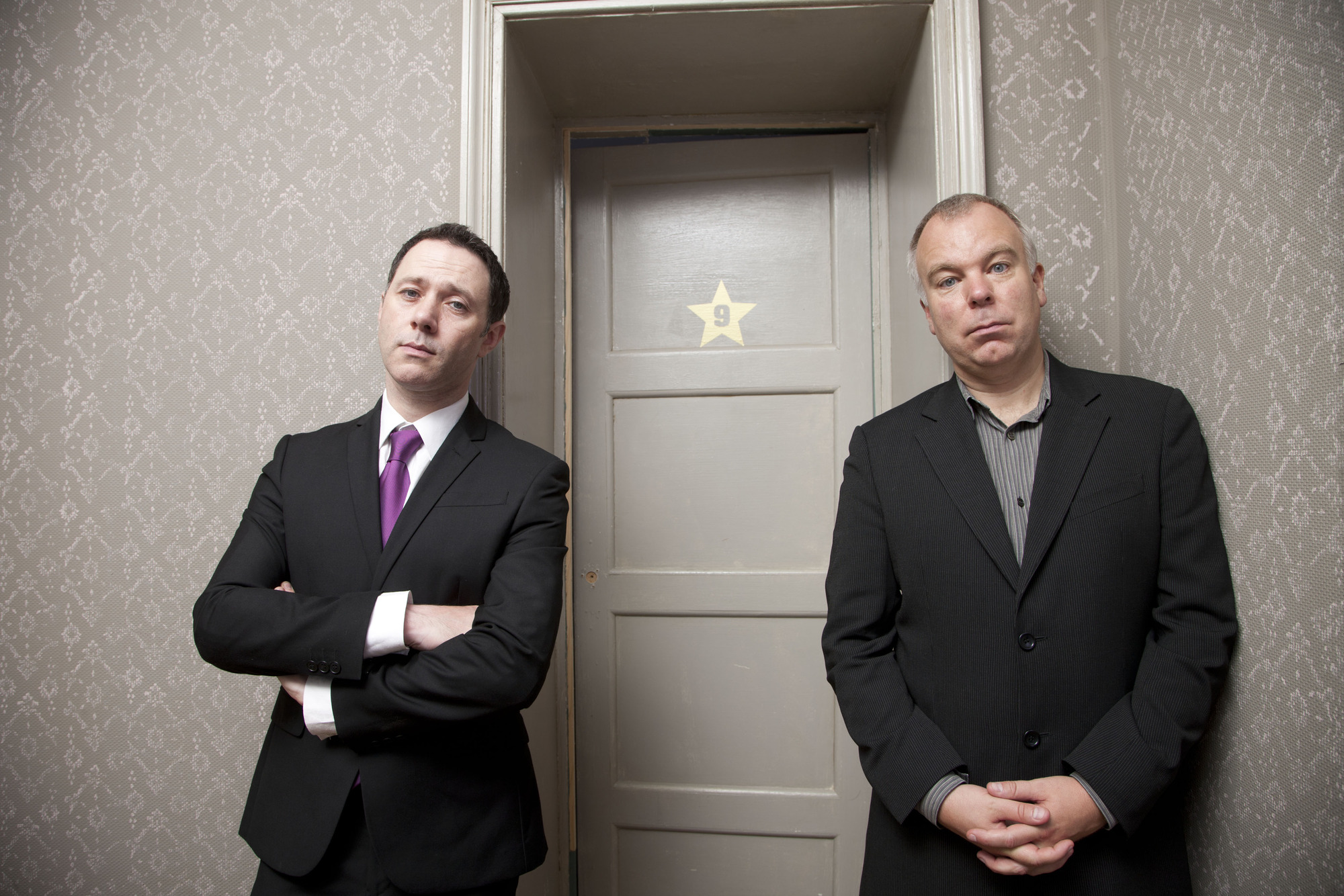 Our Inside No. 9 review notes that the British dark comedy series, took some unexpected turns. Written, produced, and starring Reese Shearsmith and Steve Pemberton—two names that most Americans would say, “huh?” about if asked—have previously done cult favorites The League of Gentlemen and Psychoville. I’ve seen with their other works, but I should have been more attuned to the “dark” descriptor instead of “comedy.”

Inside No. 9 is an anthology series; each episode stands alone with new characters and new situations, only loosely connected by the number nine as their house number (hence, the title) and asking the same question, “What goes on behind closed doors?” It is styled after other anthologies such as The Twilight Zone, The Outer Limits, or Hammer House of Horror for our British readers, and again, I should have realized that, like the others, this little series was going to delve into darker subjects than a light-hearted farce.

The kicker is: even after watching the first two episodes of Inside No. 9 and seeing some of the black humor in them (this doesn’t translate well as a written description, but the man pouring tomato soup over his white couch to disguise the bloodstains of the lover he just shot was funny), I was still unprepared for some of the scenes in later episodes.

Even the premises of each Inside No. 9 episode seem innocuous, but each takes a sharp turn away from goodness and kindness. In “Sardines”, guests at an engagement party play the title game, a bit like hide-and-seek but once found, everyone piles into the same hiding place. Crammed into a claustrophobic area, secrets and personal insecurities wiggle their way out, and heaped on top of that is good old-fashioned stranger danger. “A Quiet Night In” is a tale told almost entirely sans dialogue, about two cat burglars attempting to steal a painting while the owner is still home. This hackneyed comedy of errors ends with no one getting the prize, ever. Life imitates art in the “The Understudy”; when the art is Macbeth, it can never end well. A man helping a homeless tramp in “Tom and Gerri” ends up destitute and delusional—or does he? In “Last Gasp”, underlying human greed takes center stage during a Make-a-Wish function. And finally, the aptly entitled “The Harrowing” is rife with stereotypical gothic ideas (an old dark house, mysterious owners, a creepy old man living in the attic) but turns all of what you thought you know about the genre into straight up horror.

Each episode of Inside No. 9 got darker and darker, until the humor was almost non-existent or an afterthought. It wasn’t bad, just more serious about exposing the seedy underside of human nature than what might be gleaned from reading non-spoiler-ish details on the web. It did contain more comedy than the Twilight Zone, et al. They all tried to have a twist ending, to shake the audience, but where the anthologies before it may have also tried to include a moral, Inside No. 9 doesn’t really. It leaves its stories hanging in limbo for the viewer to dissect for their own conclusions. It’s effective, but it’s best to be in the mood for something like that instead of expecting something that won’t haunt you afterward.

As are most BBC shows, Inside No. 9 doesn’t have many episodes. For those interested in watching something you don’t have to invest a lot of time or effort into (I’m looking at you, Game of Thrones) and something different than most everything else on TV right now.

‘The Woodcutter’ by Kate Danley, Review