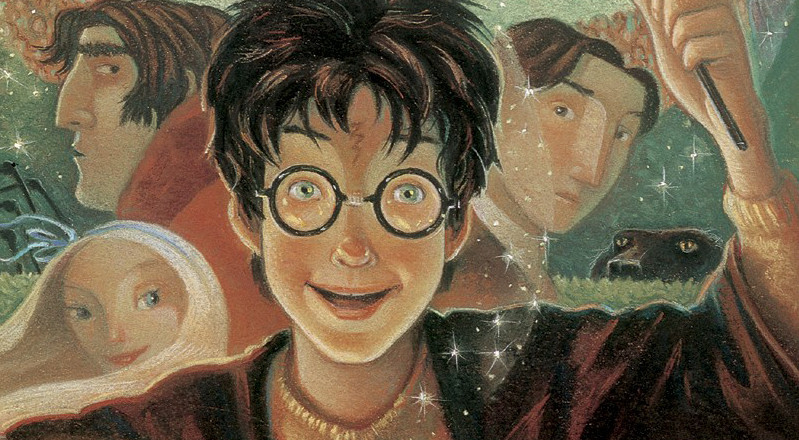 Reading the Harry Potter series of books to my children at bedtime has been an immense joy for me. My son was a tiny infant when Harry Potter and the Order of the Phoenix was released. Just like Harry arrived on the doorstep of the Dursleys, my copy arrived on my doorstep on an early, misty morning, thanks to Amazon and UPS.

My daughter was just over a year old when Harry Potter and the Deathly Hallows was released. Lucky for me, I have a generous husband who scooted me out the door early that morning, to purchase my copy at Barnes & Noble (although I had ordered it, I simply couldn’t wait for it to arrive). I waltzed into the sleepy store, bought it, and drove to the nearest park, where I sat in my car to read.

And in between, I phoned my cousins to compare notes while they, too, read their copies. I didn’t sleep until well after 3 a.m. that night, because I simply had to finish the book.

My children will never have the same experience that I had reading the Harry Potter books. They will not have years between book releases to debate theories about Snape, or to wonder what the heck “deathly hallows” meant after the title was revealed. What they will have, I hope, is a golden memory of their mother reading the books to them, trying her darnedest to drop her consonants and do Hagrid justice.

So, one night while I was reading Harry Potter and the Goblet of Fire (not one of my favorites) to my daughter, it dawned on me how terribly tragic the Crouch family was, beyond the obvious, I mean. And how especially tragic the death of Mrs. Crouch was.

(If you are one of only a handful of people who has no knowledge of Harry Potter, and would like to discover the wizarding world on your own, don’t bother to continue reading. There will be spoilers, of course.)

If you’ll recall, Bartemius Crouch, Sr. was a member of the Ministry of Magic.

I’m guessing, based on the memories that Harry witnessed that took place in the court of the Wizengamot, that old Barty was the head of the Department of Magical Law Enforcement. One horrible day, four Death Eaters were brought before him,  including his own son. Mrs. Crouch, described as “wispy,” sobbed and rocked while her son, Barty Crouch, Jr., begged his father not to send him back to Azkaban, the wizarding prison. Barty Crouch, Jr. swore he had nothing to do with torturing the Longbottoms. But his denials, and his mother’s sobs, were ignored by Barty Crouch, Sr. The four Death Eaters were sentenced to Azkaban, and led away by the Dementors.

Mrs. Crouch was unable to bear her son’s imprisonment. And, she realized that she was ill, possibly dying. So the Crouches devised a plan in which they would visit young Barty in Azkaban, and then she and her son would drink Polyjuice Potion to take on each other’s appearance, and switch places. Mrs. Crouch stayed behind in her son’s cell; the Dementors did not recognize her because they don’t have eyes; they only “look” for souls. Young Barty, disguised as his mother, went home with his father. Later, Mr. Crouch held a small funeral for his wife, in order to keep up appearances.

However, Barty, Jr. turned out to be guilty and far more evil than Barty, Sr. had realized.

He tried to keep his son imprisoned in their home by using the Imperius curse. One day, the Dark Lord appeared on his doorstep and put the Imperius curse on old Barty. Young Barty went away with his master, and became the linchpin in Voldemort’s plan to kill Harry Potter.

Barty, Jr., disguised as Mad-Eye Moody, was placed at Hogwarts. Barty, Sr., however, realized what was happening. He fought the Imperius curse and managed to make his way to Hogwarts to warn Harry. Sadly, his own son silenced him for good and left his body in the Forbidden Forest to rot under Harry’s Invisibility Cloak.

At the end of the Triwizard Tournament, Barty Crouch, Jr.’s true identity was revealed, and he received the Dementor’s Kiss as punishment.

So much tragedy in one family! It was tragic that Mr. Crouch felt nothing for his son. It was tragic that he tried to rescue his son, only to die at his hands. But most of all — and this is the tragedy that finally occurred to me — it was tragic that Mrs. Crouch sacrificed herself, believing her son to be innocent, for nothing. Because she traded places with her son, knowing full well she would die in prison, Barty Crouch, Jr. was freed to continue cursing and killing more people. Her sacrifice was wasted.

What do you think was the worst tragedy in the wizarding world? Tell me in the comments. How to Set Up Alexa on Your Echo Device