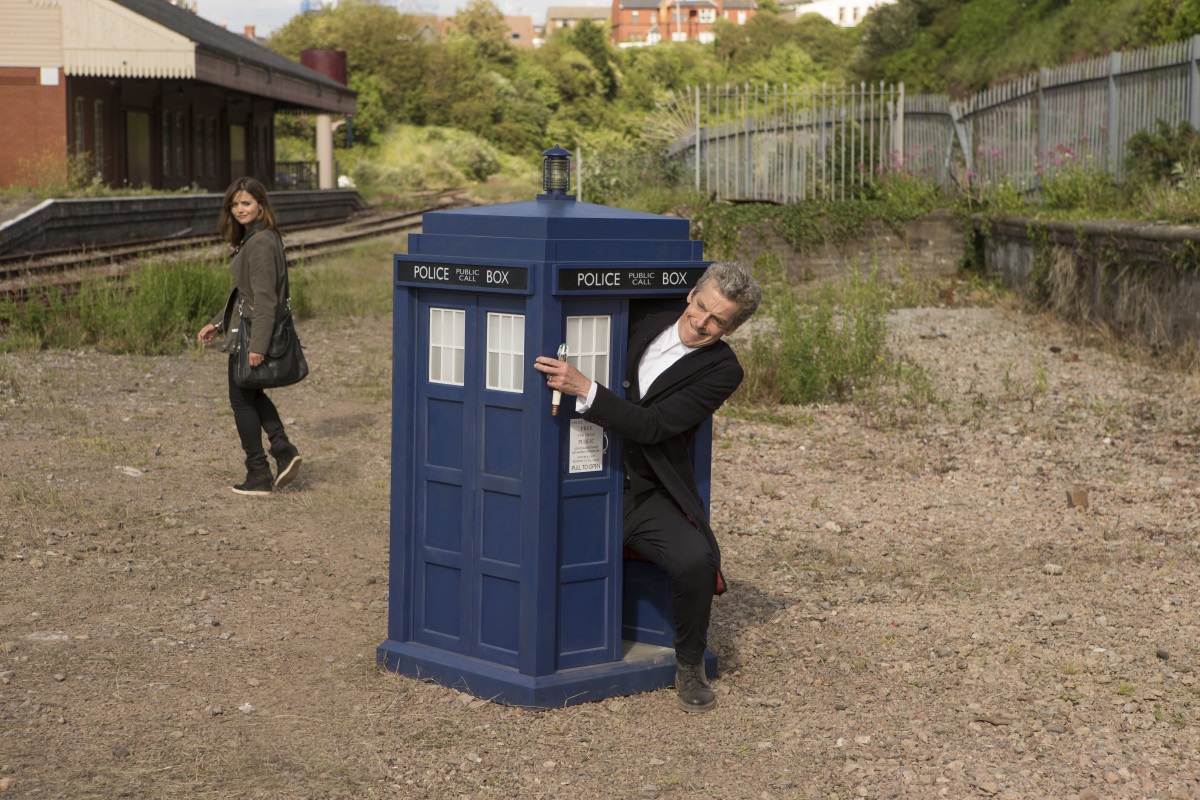 A friend asked me recently, knowing I’m a Whovian expert, for some essential Doctor Who episodes to introduce someone to the series without getting too deep into the massive story arcs. Here is the list I came up with and the rationale behind each suggestion, which are not necessarily in any order.

Disclaimer: This blog post contains affiliate links. Media Medusa makes a small commission when you purchase through this link.

New To ‘Doctor Who?’ Here’s Where to Start!

1. “Blink” This one is obvious. It’s not very Doctor heavy, but it’s a beautiful story, and it introduces people to not only the time travel aspect, but to one of the major baddies in the Who-niverse: the Weeping Angels. Bonus mention for the Doctor-ism involving “Wibbly wobbly timey wymey… stuff”.

2. “The Girl in the Fireplace” Brings up the whole idea that the Doctor’s time stream isn’t that of the rest of the world and reminds viewers that he can pop in and out of people’s lives and still change them forever. Extra points for the transgendered horse.

3. “Fires of Pompeii” This one I suggest because it introduces two great actors that become important later on in the show, Karen Gillan and Peter Capaldi. It’s a story where the Doctor gets to show his mercy, and it centers around one of history’s greatest natural disasters. Plus, Donna sass.

4. “Dalek” A good Nine story that introduces viewers to the Daleks and why they are even mentioned in the later years.

5. “The End of the World” This one brings people into Rose’s character a little bit, gives some of the great Doctor-isms such as “air from my lungs” and “moisturize me!”, plus it’s a little bit like hitting up the cantina in Star Wars. We get to see lots of neat alien life having a night on the town.

6. “Eleventh Hour” We meet the eleventh Doctor, we meet Amy Pond, we see the remnants of a regeneration that don’t involve sleeping, and we fight off a bad guy. All good stuff. Extra points for “fish fingers and custard”.

7. “Let’s Kill Hitler” A good intro to River Song without getting too deep into her storyline, lots of great action, and Hitler gets shoved into a closet. Fun times. Alternate River Song intro that doesn’t need her story line (but is SO MUCH WORSE to watch after you know it!) is the Silence in the Library/Forest of the Dead combo. These ones rank equally in my brain.

8. “The Doctor’s Wife” What else is there to say but the Tardis becomes humanoid for a while. Sexy!

9. “Closing Time” A one-off with a former friend of the Doctor, but it doesn’t delve too much into the history for the casual watcher. We get Cybermen, we get Cyber Mats, and we get Stormageddeon. Enough said.

10. “Dinosaurs on a Spaceship” A triceratops that plays fetch, in space, with Nefertiti. You can’t beat that.

11. “The Doctor’s Daughter” Fun if only to point out that David Tennant marries the actress who plays Jenny, who happens to be the daughter of former Doctor actor Peter Davidson. Plus, more regeneration learnin’.

12. “School Reunion” K-9. That’s all. Oh, and Sarah Jane Smith. Nothing like bringing in a former companion from the classic series. But K-9. We all love K-9. He’s a good robot dog.

13. “The Shakespeare Code” We needed some Martha in this list, and this episode is one where I think she shines bright. We get to see a bit of her conflicted feelings for the Doctor, but in a way that doesn’t need backstory. Includes funny Shakespeare bits that are amusing to anyone who has been past freshman year in high school.

14. “Rise of the Cybermen/Age of Steel” An alternative introduction to the Cybermen, with some alternate universe fun thrown in.

15. “The Empty Child/The Doctor Dances” Jack Harkness and “Are you my mummy?” creepy kid. Mostly Jack Harkness. He’s just awesome. More Jack awesomeness can be found in Bad Wolf, but there’s more story involved there, especially with Satellite 5. To get Satellite 5 info, The Long Game needs to be seen for it to make sense, which is a good idea for those wanting to read the comics (it comes into play in the fiftieth anniversary illustrated novel Prisoners of Time).

16. “Vincent and the Doctor” This one is feels-heavy and beautiful. If someone doesn’t cry at the end of this episode, check them for Cyber parts, because they are a ROBOT. The Doctor and Amy try to convince Vincent Van Gogh (Van “Goth” if you’re British) that he’s an amazing artist and person, trying to save him from himself. Viewers never look at sunflowers the same way after this one.

Yes, a new Whovian will need a whole weekend to get through these, and probably the following week to recover from the feels inflicted therein. If they aren’t insisting on owning something with a Tardis on it after this binge, unfriend them immediately. No one needs that kind of negativity in their life. Oh, and then show them Peter Capaldi as the Doctor. Any episode will do. Instant love!

Thanks for reading! Which Doctor Who episode is your favorite? Tell me in the comments!