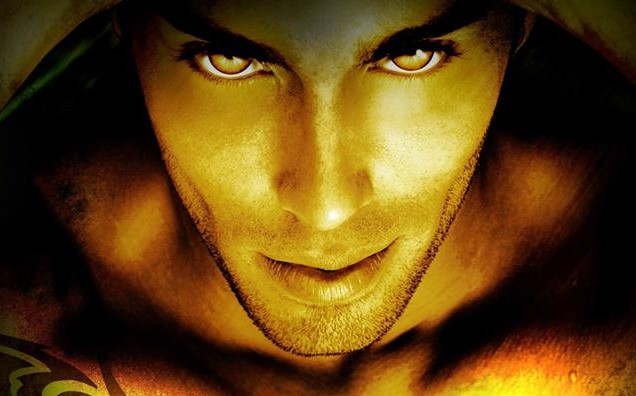 I can’t stop reading the Dragonfury series. I’ve read all of the books in the series, but after I finished Fury of Desire, by Coreene Callahan, I had to go back to a few of my favorite scenes. After that, I went back to Fury of Seduction and re-read my favorite scenes from that installment. I can’t seem to leave the world of Black Diamond behind!

The Dragonfury series is about a secret race of half-men-half-dragons called Dragonkind. Our heroes, called Nightfuries, live in an underground lair that comes with everything pretty much anyone would want. When the bad guys, Rogues, take to the skies, our Nightfuries transform into their dragon selves and meet them head on. Oh, and every single one of them is tall, broad-shouldered, hard-muscled and incredibly handsome. And really good in bed.

Yes, the Dragonfury series is, well, smut. But it is highly enjoyable smut! I had never read a series about men who could change into dragons, so the novelty drew me in. Then the hot men kept me reading. And then the hot sex made me buy each book in the series. (To be fair, the sex scenes aren’t the only adrenaline-fueled passages; the fight scenes are fast, fun and full of the joy of battle.)

Callahan’s writing style is very much a stream of consciousness, switching between characters in the third person. Seriously foul language saturates the dialogue and characters’ inner thoughts, but these men aren’t much more than flesh and muscle poured over testosterone, so swearing like stevedores comes with the territory. Sometimes Callahan’s habit of a character posing a question to himself, then answering it, can grate. Certainly there are times I roll my eyes when emotions are “shaking hands” or “taking up the cause.” But overall, her style keeps the pages turning and fires burning.

The Dragonfury series has everything I want, in terms of a spicy, entertaining read. Most of the scenery, settings, clothing and food in the stories are the epitome of wish fulfillment. Well, lump the men into that category, too, because they are strong and tough, but somehow able to cherish a woman, while still allowing her to be smart and strong. (Remember, I said this was all about wish fulfillment.) Of course, the women are just as attractive, but I pay little attention to anything going on with those chicks. (Angela is really the only one I have much respect for. She’s a smart cop with a wicked good aim.)

One of the devices, or selling points, or marketing strategies, is that each book focuses on a particular Nightfury and his female. When I began reading the second book, I didn’t get that at first. I was confused as to why we were following Rikar and Angela when I had gotten so cozy with Bastian and Myst. Quickly I realized we had moved on to another couple who needed to find each other and get bizz-ay. After that, I was ready for every installment Callahan could write.

I won’t post any spoilers (seriously, does the plot matter?), but I will say Mac is my favorite character. Smart, funny, sarcastic, mischievous and hot. Loves the ocean. Yes, please!