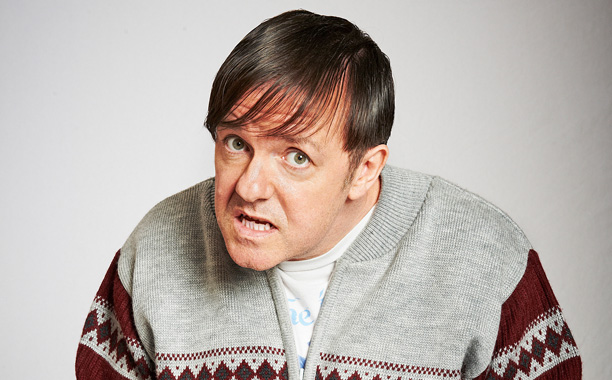 A Derek review is in order, because the British comedy-drama is now available to the American audience. Let the Fremdscham begin!

The series is helmed by Ricky Gervais, the world’s reigning President of Horribly Uncomfortable Situations. It is set in a nursing care facility and, like Gervais’s most famous program, The Office, filmed mockmentary style. No one does the “act as though this is truly your life and cameras are invading it” better than Brit actors. Speaking directly to the camera or flicking glances toward it as if the viewer were there, in person, to witness the events taking place heightens the awkward feeling of intruding on something that should never have been seen.

What makes this show slightly different, however, is its sheer humanity. The focus isn’t on the comedy, although that is a strong component, but the people’s lives and dreams and how they get through by in a world that marginalizes them.

The title character, played by Gervais, is a man doing a job he enjoys. He never mentions exactly what his qualifications or skill sets may be to work in the facility; instead, he talks about how much he loves people and wants to help them. He’s socially graceless, naïve, is complete with tics and unconscious gestures, and although it seems his relatability is low, his inner desires—to be accepted, to be appreciated, to be treated well—strike a chord.

True sympathy for the characters is plain when you run the gamut of emotions during the show: from embarrassment so strong you can’t watch the screen to welling up with tears because of a poignant soliloquy touting the merit of the importance of being kind.

No stranger to controversy, Gervais’s portrayal of the character managed to cause a bit of an uproar because he appears mentally disabled, and the current climate of political correctness makes laughing at him climb to another level of discomfort. However, Gervais has pointedly said that Derek is not autistic or mentally challenged.

Most of Gervais’s work is sits firmly on the comedy side of the spectrum. Derek, trying to straddle the comedy-drama divide, does a fair job of both. Not quite as laugh-out-loud funny as some of his other work (The Office; Extras), and occasionally ham-fisting the drama, the show itself is a bit uneven compared to his comedies. Unlike the aforementioned shows, this one may not have the same appeal or re-watchability factor. However, it is nice to see a comedian stretching their acting chops and doing a project that means more than just a paycheck to them.

And a show with heart, a show in which the title character looks directly at the camera and tells us, “Kindness is magic. It’s more important to be kind than clever or good-looking . . . I’m not clever or good-looking, but I am kind,” a show that has the ability to remind us not to take people for granted, is a show worth checking out.

Thanks for reading! Sign up for the newsletter to get blog posts before they’re posted. 8 Ways ‘Godzilla’ Made Me Laugh