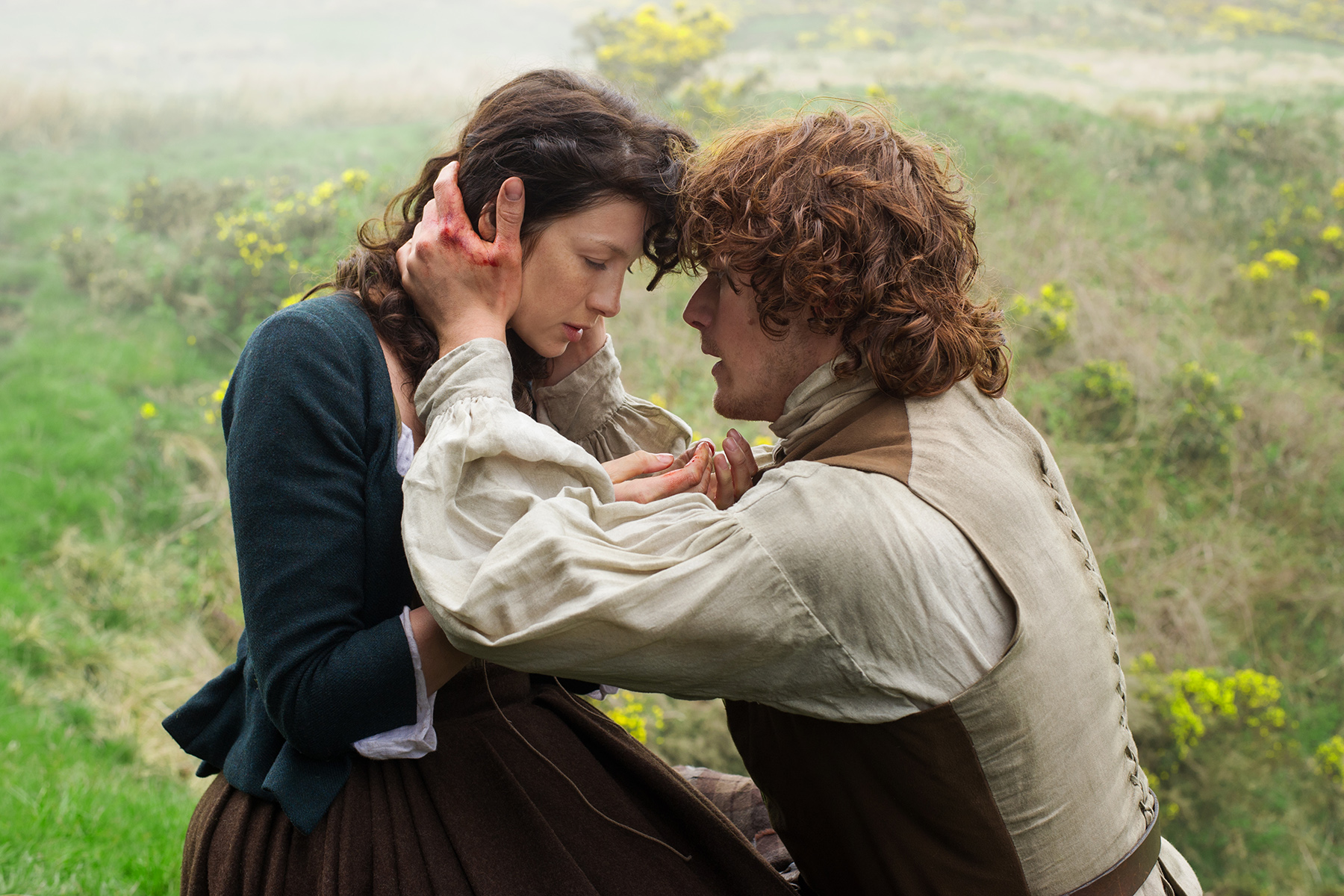 Listening to Claire and Jamie’s theme song from Outlander takes me right back to their wedding. Oh, this theme won’t leave me alone! And I keep hearing the sad, soulful cry of the flute when she says, “I’ll love you any way I can,” in the season finale.

Bear McCreary, Outlander’s composer, has generous explanations of all his themes, with snippets of sheet music, including Claire and Jamie’s theme song:

“As Claire realizes that the war is over and takes a well-earned swig on the champagne someone thrust into her hand, a penny whistle offers our first glimpse of what will become the Claire and Jamie Theme… I’ve already been asked by astute fans why I placed this theme here, before she’s ever met Jamie. My hope was to convey the notion that we’re witnessing this event from the perspective of “Voice Over Claire,” a Claire who’s already gone on this journey and is now looking back on it, to share it with us. The Claire in the voice over has already met Jamie, and is reflecting on this moment as the beginning of her journey that would lead her to him.”

The Outlander theme song, however, is not what you think. Bear McCreary adapted it from a traditional Scottish folk song, “The Skye Boat Song.” “The Skye Boat Song” is about Bonnie Prince Charlie dressing as an Irish woman, and fleeing British soldier in a boat set for the Isle of Skye. The song’s roots in the Jacobite uprising made it perfect for the show, but obviously the words needed to be changed. Vocalist Raya Yarbrough suggested lyrics by Robert Louis Stevenson. Thus begat the Outlander theme song.

Listen to the Song

Here’s Claire and Jamie’s theme song on Spotify, tucked into “People Disappear All the Time.” The melody begins at about 0:50. You’ll hear it again on flute a bit later in the song. We hear Claire and Jamie’s theme song before we’ve even met Jamie on Outlander. But it plays when she’s talking about disappearing, and it sets up the story to come. Visit iTunes and download the Outlander soundtrack. or buy it from Amazon. You won’t be disappointed.

Thanks for reading! Do you have a favorite song from Outlander? Let me know in the comments!