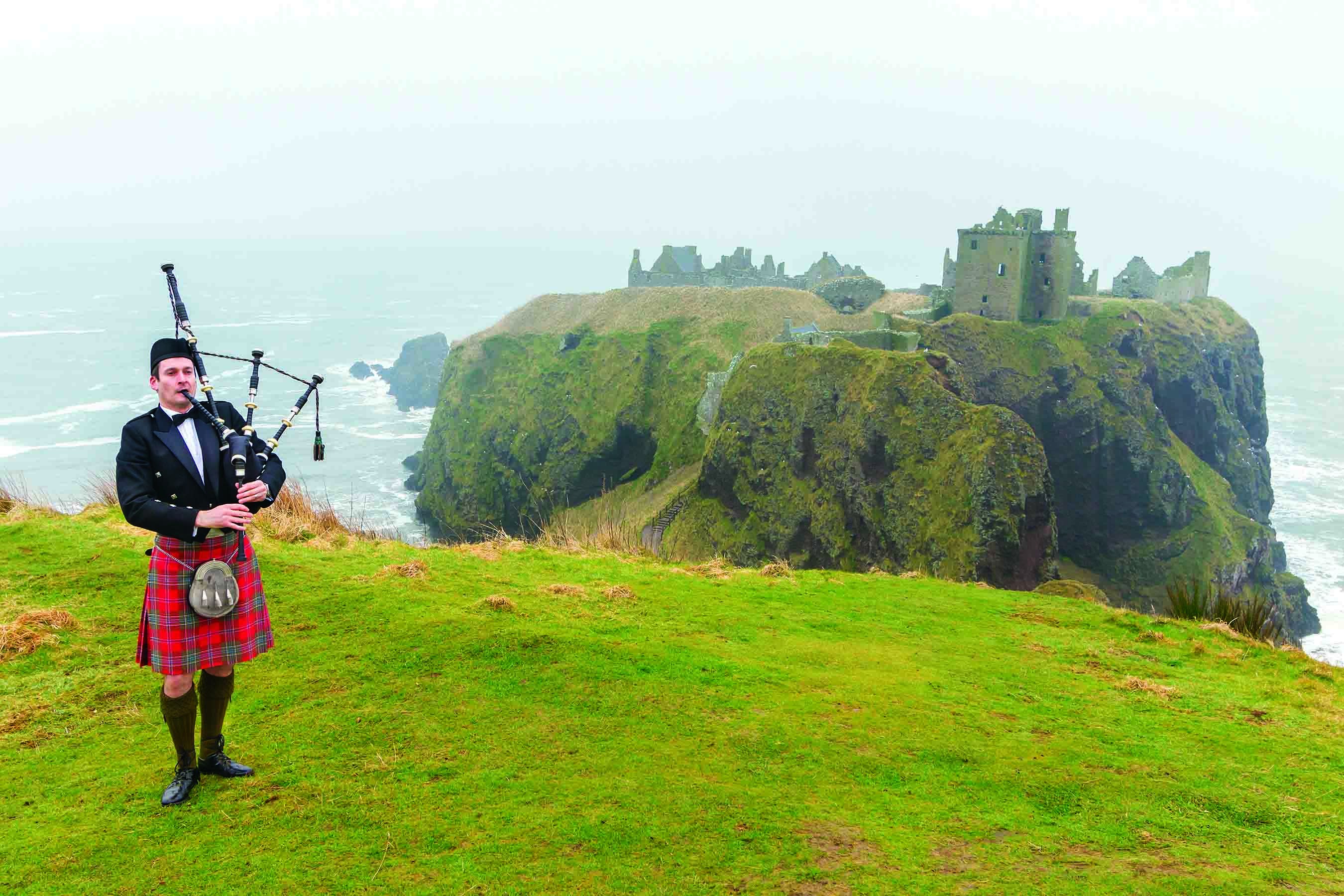 Outlander fans, especially fans of Sam Heughan, should know that January 25 is Burns Night. Burns Night celebrates Scotland’s most famous poet, Robert Burns. On Burns’ birthday, Scots and those who love all things-Scottish, celebrate Burns’ life and works by raising a glass, joining in song and reciting his favorite poems at Burns suppers and readings.

Scots and Scottish-Americans celebrate the date with traditional table-side bagpiping, ‘Address to the Haggis’ (which opens the meal), tasty haggis and whisky, renditions of “Auld Lang Syne” (which was penned by the poet) and much more to pay tribute to the legendary bard.

To capture this worldwide warmth for Robert Burns, fans from across the world are encouraged to take a selfie with a Burns statue or a Burns-related item. After Queen Victoria and Christopher Columbus, there are more Burns statues in the world than of any other non-religious figure.  In fact, next to Scotland, the U.S. has the largest number with fourteen, followed by Canada with seven.  The selfie, or “Burnsie,” can also include a Burns bust, a painting, book of poems, or even a traditional Burns Night supper of haggis, “neeps” (mashed turnips) and “tatties” (mashed potatoes); anything that symbolizes the great poet.

These “Burnsies” will be collated into a massive mosaic image of Robert Burns and will be shared on the About Scotland social media channels and www.scotland.org website on Burns Night on January 25. Robert Burns fans can submit their “Burnsie” until midnight on January 24.  To submit, visit www.scotland.org/burns or upload an image to @AboutScotland on Facebook, Instagram or Twitter and use the hashtag #burnsie.

In addition, the Scottish Government is sharing the work of Robert Burns in two short animations of his best-loved poems. These will be narrated by Scottish actor Sam Heughan, best known for his role in the Golden Globe nominated series Outlander, the popular British-American drama on Starz based on the historical novels by Diana Gabaldon.  Season 2 of the hit show premieres April 2016.  The audio animations will be available on the @AboutScotland social media channels beginning January 20.  To share them, use the hashtags #robertburns and #burnsnight.

Cabinet Secretary for Culture, Europe and External Affairs, Fiona Hyslop, said: “Robert Burns’ words are recognized around the world and his poetry, writing and songs continue to be enjoyed by millions. Burns Night is a great opportunity to celebrate Scotland’s Bard and to enjoy Scotland’s poetry, music and wider culture.”

A traditional Burns Night Supper features haggis, a pudding that traditionally contains sheep’s pluck (heart, liver and lungs) mixed with spices and marinated in an animal’s stomach casing. Burns felt that the haggis dish represented his countrymen’s ability to overcome adversity and thus, is a hallmark of the celebration.  Side dishes include “neeps” and “tatties.” While dining, Burns enthusiasts recite the bard’s works. The first suppers were held in Scotland at the end of the eighteenth century by Robert Burns’ friends.

The poet, who could claim Michael Jackson, Abraham Lincoln and Bob Dylan as fans, penned some of Scotland’s most descriptive and evocative prose. He is accepted around the world for his inspirational and moving writing style in works such as “Tam-o-Shanter,” “To A Mouse,” “A Man’s A Man for a’ That,” and “A Red, Red Rose.”

To celebrate his birthday, here are few fun facts about Robert Burns:

For more information about Robert Burns, his complete list of works, special Burns Night Supper recipes and more, visit www.scotland.org/burns and follow @AboutScotland for real-time updates on Burns Night events around the world.