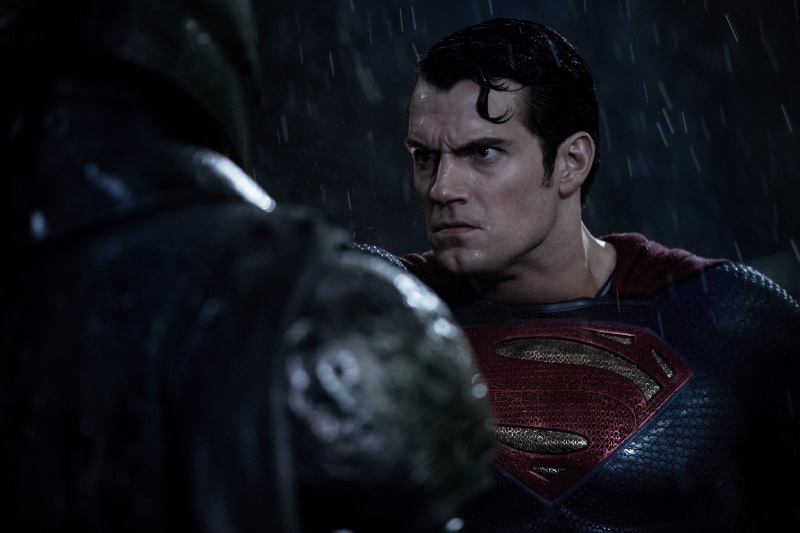 I’m a Marvel gal. I adore the Marvel movies. But even I feel like the critics have drunk the red Kool-Aid (Marvel), and are eschewing the dark purple Kool-Aid (DC), on bias alone.

Batman v Superman: Dawn of Justice is possibly the most highly anticipated superhero movie of the year. We haven’t had a great DC movie since Christian Bale hung up his cowl. Moreover, we haven’t seen Batman test Superman’s bleeding ability ever. Naturally, superhero fans have been frothing at the mouth since the movie was screened at Comic-Con 2014.

Batman v Superman had some problems. According to some fans and critics, it had a lot of problems. A lot of fans didn’t like how Lex Luthor was portrayed as crazy as, say, the Joker. Fans also didn’t like how Superman and Batman were portrayed, saying they were too different from their comic book versions. I, however, really liked Batman v Superman: Dawn of Justice. (I, especially, like the soundtrack.) Yes, there were some scenes that bothered me, mostly involving Lois Lane or Lex Luthor. But, overall, I really enjoyed how the movie takes time to build up to the main event.

The box office reflects how much fans have been wanting to see, not just a great DC movie, but a great DC movie that introduces the origin of the Justice League, DC’s version of the Avengers. Batman v Superman raked in over $166 million at the US box office during its opening weekend. It’s the largest March movie opening ever, and the second biggest opening ever for a Warner Bros. movie, just behind Harry Potter and the Deathly Hallows – Part 2.

So, where is the disconnect between the fans’ reaction and the critics’? Let’s break it down in our Batman v Superman review.

Tim Grierson, of The New Republic, says that, while Avengers movies let fans “geek out,” Batman v Superman robs fans of the same fun. I disagree. It’s just a different kind of “geek out.”

Avengers movies have a bright, shiny feel to them (Iron Man is literally shiny). Sure, there are dark moments, especially in Captain America: The Winter Soldier. Overall, Marvel movies are like attending a superhero party, complete with noise makers and party hats.

But DC movies cannot imitate that feel, because Batman, for instance, is not a bright, shiny character. He is dark in every sense — literally, figuratively, and symbolically. Therefore, it is completely appropriate to spend a great deal of time exploring his dark psyche, slowly building up to the battle scenes, rather than racing through them. Likewise, Superman may be a Boy Scout, but he has dark origins too. C’mon, the guy’s entire planet was wiped out! Let us not forget, he and Batman are orphans, which is a dark driving force in every path they take. (May I just say, that shot of Batman, hanging in the shadowy corner of the room where his captive was discovered, was beautiful and haunting.)

Critics are crying foul when it comes to the relatively small amount of action in Batman v Superman.

Marvel movies tend to begin with action set pieces. Think of the well-choreographed, mostly CGI, start to Avengers: Age of Ultron, which culminates in each member flying slo-mo through the air. Then, there are usually three or four other large action sequences, with small fights sprinkled in between.

Batman v Superman may not have as much fighting per frame, but should it? I find it ironic that critics are complaining about the lack of fighting between Batman and Superman, when usually critics complain that movies have fallen into the Michael Bay trap of too much action and too many explosions.

Having one fight after another, between Batman and Superman would get old quick. First, there’s only one weapon Batman has in his arsenal that could make a dent in the Man of Steel: Kryptonite. So, how many times could he use that, and how many times could we watch it fail, and still believe it? (Because, of course, it would have to fail. You can’t kill Superman just when the Justice League is forming.) To put it in vulgar terms, they couldn’t shoot their wad too soon.

Furthermore, there has to be a block-by-block construction of Batman’s mission to take down Superman, as well as Superman’s mission to understand his place on Earth, and Lex Luthor’s mission to kill Superman. Yes, we all know these characters. But how empty would Batman v Superman feel if these three characters just jumped into action? It would feel as campy as the 1978’s Superman. Wasn’t that what we wanted to avoid?

We need to see Batman wrestle with his decision to defeat Superman. Otherwise, he would appear as evil as Lex. We need the slow build of Lex’s plan, otherwise the payoff would come too soon, and feel too superficial.

Ben Affleck is fabulous as Batman. Henry Cavill is wonderful as Superman, but I’ve said that before. Gal Gadot is also great as Wonder Woman, and she brought some much needed badass-ery to the movie.

But, the world was holding its collective breath to see if Ben Affleck could acquit himself well as the Caped Crusader. Let out that breath, because he’s wonderful. He brings the necessary physicality to the role, as well as the brooding quality Batman always has. If you doubt his performance, think about his inner life: He has very little actual dialogue, but you can read entire storylines in his features.

Yes, I thoroughly enjoyed Batman v Superman. However, the dialogue can be painfully hokey. Sometimes, the writing is missing elegant metaphors, melodic phrasing, or even believable exchanges. More than one Batman v Superman review says that Jesse Eisenberg is too twitchy as Lex Luthor to be taken seriously. His lines are especially frenetic. My feeling is that you can only have so many stoic characters, wearing gravitas with their capes, in one movie. So, Eisenberg’s Luthor is meant to break up the pity party.

However, there are two scenes in particular that took me out of the movie.

When Senator Finch (Holly Hunter) visits Lex Luthor at his mansion, they have an extremely odd exchange. Their allusions devolve into talking about Granny, peaches, and jars of piss. I can’t help but think their dialogue, and its resulting visual callback during the scene at the Capitol, could have been more sophisticated. Perhaps Senator Finch could have made a reference to a fox in the hen house, or a wolf in sheep’s clothing, or fool’s gold, or anything else that referred to something that wasn’t what it appeared to be. Any of those could also have been used as visual markers when Senator Finch realized everything was about to go up in flames.

The other conversation that had me shaking my head, was when the President’s cabinet, sequestered in a panic room, was watching the battle with Doomsday. Suddenly the General Security Chief became a Doomsday expert. The President asks him, “What does that mean?” about Doomsday’s regenerative properties. He replies, “He’s unkillable.” I was wondering not only how the Chief knew anything about Doomsday, but also if “unkillable” was the best choice of words. How about indestructible? Impenetrable? Invincible? Even answering “we can’t kill it” would have sounded better.

I’ll say that I’ve watched it several times since it came out, and I enjoy it more each time. I especially love finding new Justice League and Wonder Woman Easter Eggs (speech about Zeus, anyone?). And, the desert and warehouse fight scenes with Batman are fantastic.

Thanks for reading! Be sure to download my free guide to DC Movies. The Cosplay Store Online That Will Surprise You