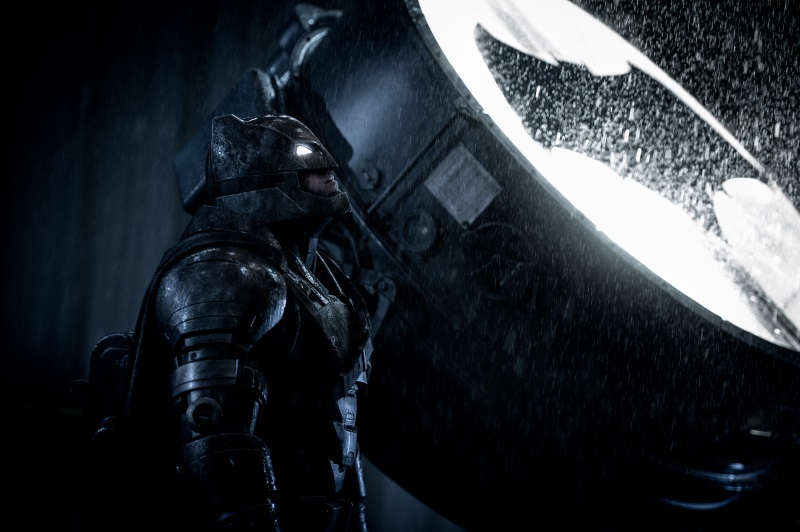 Let’s take a look at Batman v Superman pros and cons. First off, I loved Batman v Superman: Dawn of Justice as a fun popcorn movie. It’s to movies what “Call me Maybe” was to music. Looking for something deep? Look thou elsewhere.

As I have admitted many times, I’m an easy mark for comic book movies. For instance, Batman is in this movie, so I’m interested. But don’t worry, I don’t unilaterally love all Batman movies, particularly that Joel Schumacher trash from the ’90s. And although I am kind of obsessed with Batman v Superman, I can see that it had some huge problems cinematically. But who cares?

Let’s start with what I liked. This is going to sound stupid, but this was a movie more concerned with being fun — admittedly, a dour fun — than it was with making sense. Director Zack Snyder isn’t afraid to go so over the top that Sly Stallone might tell him that he needs to relax, have some fun. The action sequences were mostly great, although in the climactic battle, there was a lot of thumping and bright lights, and I had a lot of trouble following who was where, when. Bonus points for Batman having to avoid getting killed when Superman really cut loose. Also, the movie gets huge points for the Superman-Batman fight having a clear winner.

Perhaps my favorite part of Batman v Superman was Wonder Woman. Gal Godot inhabited her nicely and Wonder Woman and Lex Luthor were the only people in the movie who seemed to enjoy themselves. But this was kind of a false positive.  Not to say that Wonder Woman wasn’t awesome, but more to say that she’s all potential, at this point. Time will tell if she can carry a movie. I’m hoping that she can! I can’t wait for that Wonder Woman movie.

The effects, cinematography, and direction were all quite effective for doing the job for a dark superhero film. There were some really weird story-telling moments, and the tie-in moments for the upcoming DC movies stopped the movie cold. There is nothing I dislike more than watching someone work on a computer for any length of time in a movie. “Okay, let’s move on to the next folder, marked ‘Aquaman.'” Bullshit!

A few of the huge problems

I always hate when characters have to have more than one reason to do something. Superman tells Batman that the next time they turn on the bat signal, he would be back to stop Batman from going out. Bat signal goes on– and Luthor has to give Superman an additional reason to go and kill Batman.

Granted, I’d like to think that Superman never meant he was going to kill Batman. But still, maybe just let them fight and leave the “my mother was kidnapped thing out of it.” I’d also like to think that Batman could have been talked out of killing Superman in a lot of different ways other than the old “our mothers have the same name” thing.

There were lots of hints about why Lex hated Superman, but maybe some specifics could help. There were a lot of very smart people in this movie who seemed to think that Zod and Superman had the same agenda.

So… much… killing! Not only do Batman and Superman get some people killed, they get a LOT of people killed. I am not going to defend Bryan Singer’s Superman Returns, but it did have a nice scene showing how Superman can do all the crazy crap and not get anyone killed. Batman basically shot a couple of guys. I get it, he lost his way, whatever. But I fall in the camp that, once Batman starts killing people, the Gotham City Police Department, essentially, have to chase him down. And no one leaves evidence behind like Batman: grappling hooks, Batarangs, blood– I just can’t see it being that difficult to catch him. But if he doesn’t kill anyone, the GCPD can give him the old nod and wink. And a lot of things took too long to play out for such a goofy movie. For instance, Luthor’s plan to get the world to turn against Superman by blowing up a Senate hearing seemed, basically, not workable. Did people believe that Superman blew the place up? And Jesus, maybe they should have blamed him. I feel like George Reeves’ Superman might have figured out that the bomb was in that wheelchair. Use your damn x-ray vision, Superman!

Why don’t heroes wear trunks anymore? I like the trunks. There are lots of jokes about wearing their underwear on the outside. But that’s the way strong men used to dress in the ’30s. And I think there was a practical reason for it, namely, so we couldn’t see their wieners through whatever workout gear they were wearing. I think the pro-wiener lobby got to this movie! Not that I’m anti-wiener. It’s just that I don’t think we need to think about Superman’s wiener. [Editor’s note: I saw it twice and never thought about Superman’s wiener. Maybe Mike Brown has issues.]

I would have been surprised if any critic had really enjoyed Batman v Superman. Lest we forget, these are comic book movies and their number one goal should be entertainment. Oh, sure, you get the occasional Spider-Man 2 where we achieve actual filmmaking. But the best films aren’t always the best superhero movies. I maintain that the best Marvel movie is the first Captain America movie, since the director brought a keen eye and filmmaking style to it, a consistent voice throughout the entire movie, that sometimes the other movies lack. Certainly Iron Man 2 felt like there was a mandate from above that we had to come to a dead stop in the middle of the movie to explain vibranium. But Batman v Superman certainly had a very good look and consistent tone.

There are all kinds of weird comic book, plot line jumps that don’t really seem logical. For instance, Luthor wades into the spaceship goop and quickly figures out how to create a monster from Zod’s DNA that, for whatever reason, also has to include Luthor’s DNA. Why? No idea. But that kind of stuff happens in comics all the time and will eventually have some sort of payoff. Didn’t bother me at all. I don’t want some kind of long explanation of how they made they monster.

The comic book fan in me did think it was weird that they created Doomsday that way, since it sounds to me like a way to create Superboy or Bizzaro, but, whatever. Filmmakers have been hot to include the death of Superman malarkey in their movies since it happened in the comics, oh, about twenty years ago.

There were a lot of good actors in this movie! Hell, Holly Hunter is always a pretty good get. But Ben Affleck’s Batman was really good, if not something we hadn’t seen before. I actually wrote an article about why it was good to have Affleck in the movie, but I don’t think I was quite right about that. Sure, Affleck brought it as an actor, but perhaps not as a filmmaker. I didn’t see anything in the movie that seemed like his influence. In the article, I compared it to having Danny DeVito in Batman Returns. I have no evidence for this, but that movie felt like DeVito just kept throwing out crazy ideas (“Let’s have him wear this onesie, he eats raw fish in a disgusting way!”) and Burton loving all of them. Having said that, I hope we do get an Affleck Batman movie (or seven).

I’m wondering if Batman vs Superman will look dated in about five years. I noticed that a lot of the guys had stubble and the kind of hair-dos that would be on the wall of a Supercuts in 1987, tousled with gel. It was like the guy who took my school pictures in the ’70s was in charge of everyone’s hair in this movie, except for Gal Godot, whose hair looked great.

To sum up, the movie is a little bit of a mess if you try to parse out everyone’s motivations and plans. I would liken it to the first X-Men film, when Magneto was trying to turn all the world’s leaders into mutants — something, something, Rogue, something, something, the statue of Liberty, something, something, failure. But having the weird plan to kill Superman be like something out of a comic book fits the situation for this movie. The acting is solid, the story is told in a dynamic way. Turn off your brains and have some fun and let Batman v Superman work it’s weird mojo on you. If you can’t relax, you will not like this movie.