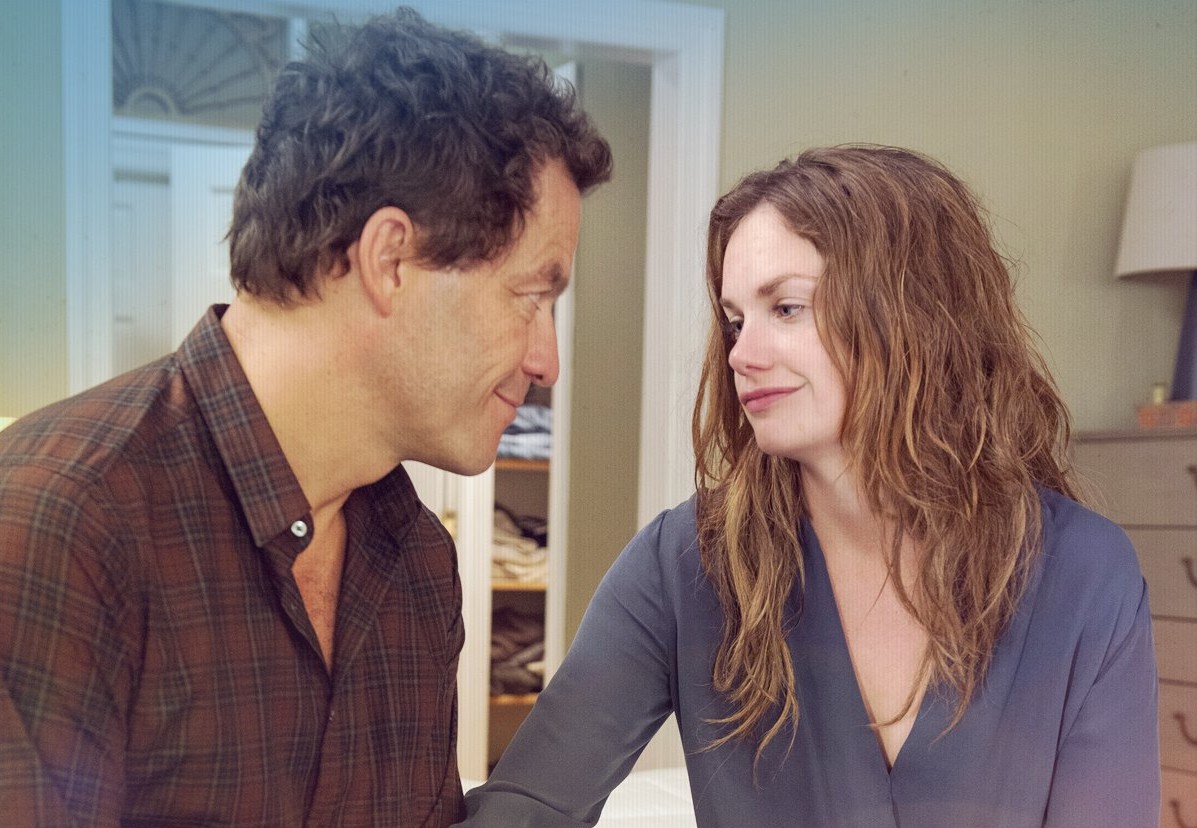 ‘The Affair’ Review: Questions, No Answers

The problem might be that because of Mad Men, Walking Dead, and Game of Thrones, I’m starting to expect more from a show. The current excellence of so many individual TV programs has made me expect more from the medium of television itself. And that’s my problem, not the show’s. But the bottom line, although I really enjoyed The Affair and it looked great and the acting and production values were all top-shelf, it had more in common with Revenge than any of the above excellent shows I mentioned earlier.

SPOILER ALERT (Look away if you haven’t watched even the first episode!)

The Affair is a show told from two sometimes overlapping perspectives, Noah and Alison, both of whom are married, who slowly build up to having a full-blown affair. This isn’t the first time we’ve seen the same scene from different perspectives on television, hilariously so in the Here Comes the Spider-Man episode of Coupling or more seriously on the excellently written Babylon 5. But in this case, the different perspectives seemed, in the first episode, to be bringing the visual language of sexual and gender identity to the show and made it seem like it was going to be, perhaps, an indictment of the different reasons people have affairs. For instance, in the first episode, Noah always remembers Alison as showing more skin than she remembers. Also, Noah always thinks girls are coming onto him (which seems to be borne out in the last episode) and Alison may remember the connection between them as more important than it actually was.

For those of you sensitive to such issues, there is a lot of “children in jeopardy” on the show. In the first episode — and this is where I started to get the “novel for television” idea — there is a theme of children who can’t breathe: a kid who improbably faux hangs himself as a prank; Noah’s daughter choking in a restaurant. The two leads don’t have much chemistry and most of the time don’t even seem to like each other, but they are drawn together by this theme. I surmised that Alison had a child who drowned based on her reaction to Stacy almost dying. There’s a lot of symbolic language in the first episode, but as the show progresses, we lose that.

One of the first things that happens is that the kids drop out of the show almost entirely after the first episode, except for the oldest, Whitney, who basically exists as a sounding board for Noah’s id. “Why do I do bad things?” That kind of stuff. In the first episode, a large part of the action was how difficult it can be to be an adult when children are constantly intruding on any adult conversation or activity. Noah and his wife, Helen, are good parents. It’s just that being good parents can strain a relationship, an interesting idea that TV rarely develops.

But by the second episode, we are deep into “TV” territory. For instance, we start to get the kind of exposition where if someone uses a big word or makes a literary allusion, you can bet someone will explain it to us. In other words, the show started to subtly spoon-feed us in order to not make us feel dumb. It wasn’t a big deal, but I did notice it and think that it was strange since the first episode had set the bar so high.

Something that really surprised me on the show was that there was this undercurrent of drugs, crime, beatings, and blackmail that I don’t think the show required at all. I was most interested in the relationship between Noah and Alison and didn’t need all that other stuff. Also, there was a True Detective-style cop interview taking place that led to the show’s climactic moment of Noah being arrested. But the whole fricking narrative of the show had been about the affair. There was an implication that Noah and Alison were telling the detective about their affair, but they couldn’t have been telling him all of that stuff.

And did anyone else think that Alison suddenly got a whole bunch of money before her and Noah got together? She started dressing differently when she went up to hippy town with her mother.

I understand that series are just that, serial stories, but I was very annoyed by where we found ourselves at the end of the season. Noah was arrested for a crime that we had seen him suborn perjury for, bribe a witness, and all sorts of that kind of behavior; but if I know anything about TV, Noah didn’t kill the guy, he’s protecting someone. But I need to know, how much of this goddamn show do I have to watch to get to the truth? This is more like how irritated I was at the end of the first season of The Killing, which didn’t wrap up anything, than how irritated I was at the end of True Detective, which gave us an unforeseeable ending that wasn’t any kind of traditional mystery.

Also, like True Detective, this is another show that lives or dies by how interesting the actors are since I don’t really approve of adultery. And in this case, the actors are incredibly interesting. Dominic West and Ruth Wilson offer a master class in nuance and subtlety, never overplaying anything. And Maura Tierny is a national treasure, bringing a lot to an already well-written role.

The bottom line is that I was irritated that the show was structured as a mystery, didn’t solve the mystery, and gave us a whole bunch of information without letting us know which parts of the narrative are important. The way the show is going, it could be called The Boring Murder Trial next season.

I Like It Scot: We Rank Hottest Highlander Romance Authors